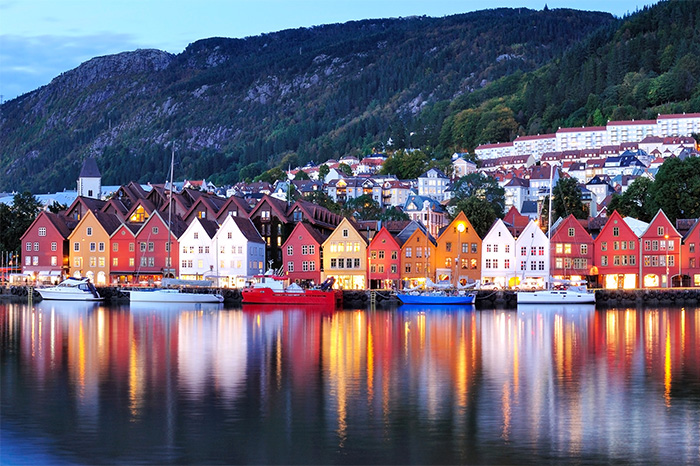 Norway has usurped Denmark at the top of the world’s happiest countries list, according to the World Happiness Report 2017 released Monday at the United Nations. The United States, meanwhile, slipped a spot to 14.

The fifth annual report—which placed many Nordic nations near the top—called for countries across the world to improve the lives of their citizens, rebuild social trust, and work toward equality.

At the bottom of the 155-country list are many sub-Saharan African nations, Syria, and Yemen.

Jeffrey Sachs, the director of the Sustainable Development Solutions Network (SDSN), a global initiative launched by the United Nations in 2012, explained the findings in an interview with Reuters: “Happy countries are the ones that have a healthy balance of prosperity, as conventionally measured, and social capital, meaning a high degree of trust in a society, low inequality and confidence in government.”

Canada—the only North American nation to crack the top 10—came in at number seven, well above the U.S. The reasons for the United State’s decline in ranking include inequality, distrust, and corruption, according to Sachs.