A guide to this month's can't-miss premiere dates and previews 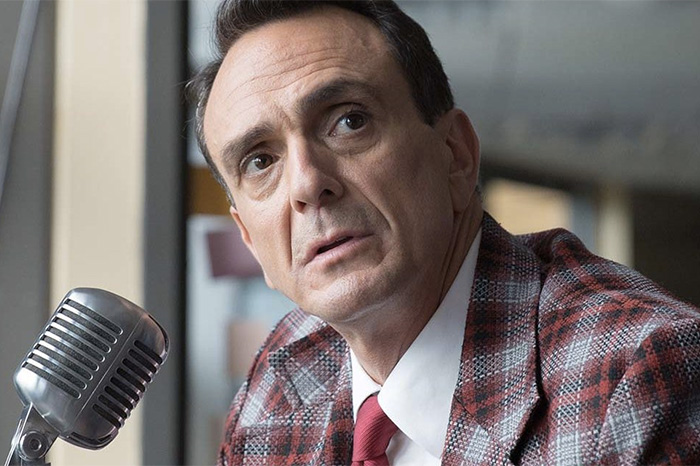 April is jam-packed with exciting TV offerings, from new seasons of cable dramas like “Fargo” and “Better Call Saul” to Spring premieres of network shows on extended breaks like “Gotham” and “Brooklyn Nine-Nine” to an all new season of Chelsea Handler’s Netflix talk show “Chelsea.”

The CW’s “iZombie,” an undead procedural where star Rose McIver eats brains to solve murders, returns for Season 3 in early April with an all new episode called “”Heaven Just Got a Little Bit Smoother.”

Check out a trailer:

Hank Azaria stars as Jim Brockmire, a sports broadcaster making an epic comeback after a profanity-laced breakdown on IFC’s new series “Brockmire,” adapted from a 2010 episode of Funny or Die’s “Gamechangers.”

Get an early look at the first episode on IFC.com and check out the Funny or Die sketch that inspired the series here.

This new docu-series from Amazon is based on thousands of hours of Hugh Hefner footage and has New Zealand actor Matt Whelan playing a young version of the Playboy founder in cinematic re-enactments.”

Check out a trailer:

Pierce Brosnan plays a Texas cattle rancher who lives by the Comanche code on AMC’s western drama “The Son.” Check out a trailer for the new series:

Check out a clip from the new season:

2016 Stern Show guest and “Saturday Night Live” veteran Andy Samberg stars alongside Terry Crews (“The Expendables”), Andre Braugher (“Duets”), and Chelsea Peretti on the NYC cop comedy “Brooklyn Nine-Nine,” returning in April for the back half of Season 4.

Comedian, TV star, and frequent Stern Show guest Chelsea Handler is gearing up for the second season of her hour-long weekly Netflix talk show. Check out a teaser:

Check out a trailer for the new season:

Check out a trailer for new episode “How the Riddler Got His Name”:

Sharon Hogan and Rob Delaney star on the raunchy British comedy “Catastrophe,” hitting Amazon Prime in late April. The late, great Carrie Fisher co-stars as Delaney’s mother and will appear on the new season in what will be one of her final on-screen performances.

Check out a teaser for the new season:

Season 3 of “Catastrophe” premieres in the U.S. on Friday, April 28 on Amazon.

Check out the bizarre and bloody trailer: