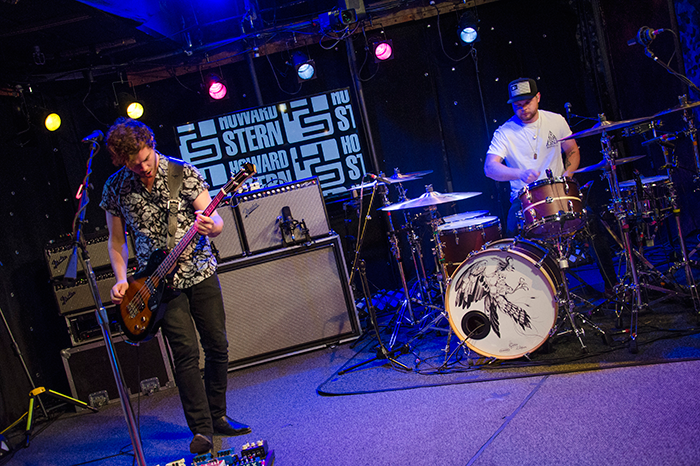 More than 170 musical acts are set to perform at Lollapalooza 2017 after the annual musical festival’s full lineup was announced on Wednesday. Headlining this year’s event is Chicago native and recent Grammy winner Chance the Rapper, who tipped off fans on Twitter that he’d be performing at Lollapalooza before tickets for the event even went on sale.

Other artists scheduled to appear include former Stern Show guests Royal Blood, Muse, Blink-182, Arcade Fire, and Lorde, who was also recently announced as a headliner for Coachella 2017.

Four-day passes for Lollapalooza 2017 went on sale Tuesday and sold out in under two and a half hours. The festival will once again take place in Chicago’s Grant Park, with performances being spread out across eight stages from Aug. 3-6. This marks the 26th anniversary of the first Lollapalooza festival, put on by Perry Farrell of Jane’s Addiction in 1991.

Click here to get single-day tickets before they likely sell out and check out the full Lollapalooza 2017 lineup (below).

The #Lolla Lineup has been revealed, grab your 1-Day Tickets starting at 10am CT TODAY! https://t.co/AXuWUknbob pic.twitter.com/a293pf7eFv