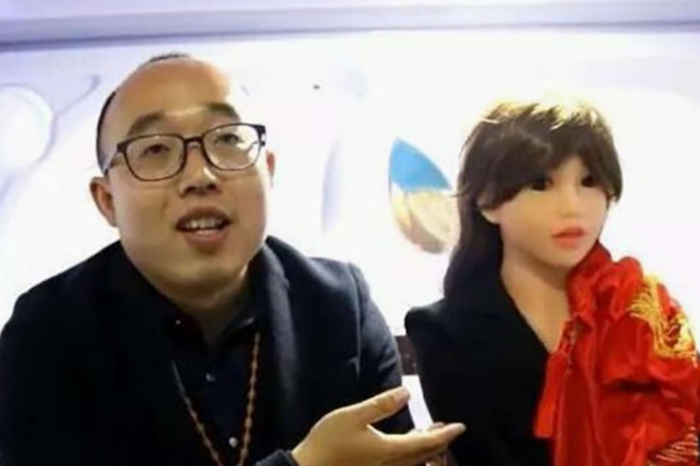 Finding the right romantic partner can be difficult in this modern age. While technology has made pairing up easier through apps and the like, one Chinese engineer has taken that idea a step further by manufacturing himself a robot wife.

Zheng Jiajia, a 31-year-old artificial intelligence expert designs and builds robots in Hangzhou, the capital of China’s Zhejiang province. At the end of last year, Zheng applied his skills with robotics to help his frustrating love life, constructing a robotic soulmate named Yingying. According to the Qianjiang Evening News, Yingying can identify Chinese images and characters, while saying a few simple words. Last Friday, man and machine were married in a traditional Chinese ritual which involved Yingying wearing a black suit and red scarf over her (or its?) head (pictured below).

As of now, Yingying cannot walk on her own, but Zheng reportedly plans to upgrade his new wife so she can be mobile and do household chores. 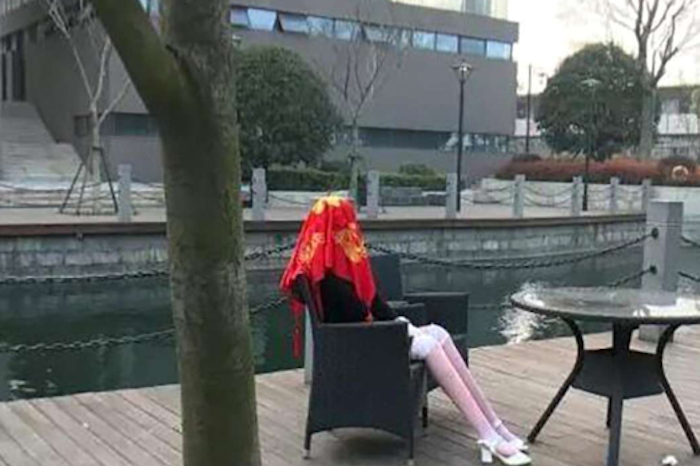 Howard and Robin discussed the story—and the topic of romance with artificial intelligence in general—on Tuesday’s show. Another story highlighted was about a man who wanted to marry a robot so badly that he took his wife to be hypnotized into acting like one. The Stern Show eventually wheeled in its own “sex robot” and Howard explored its various features.

Listen to the discussion and robotic exploration here: