Officials say she was wearing no clothes, running on all fours, and behaving like an animal 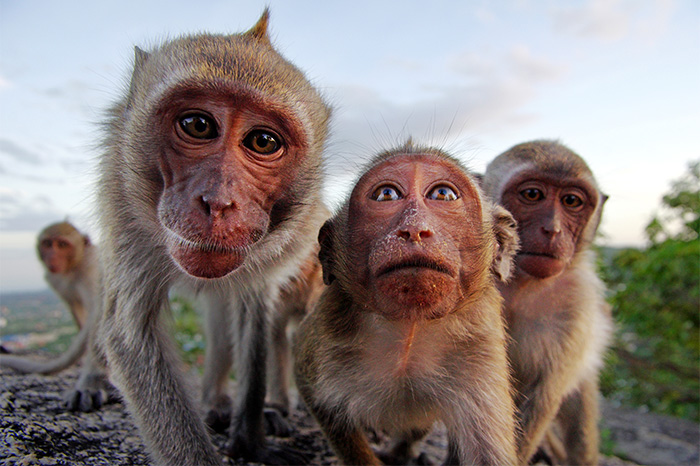 In a story which sounds ripped from the pages of “Tarzan of the Apes,” a group of woodcutters stumbled across a young girl in January who was living with monkeys in an Indian forest.

She was wearing no clothes, eating food off the ground, running on all fours, and generally behaving like a wild animal when she was found, according to the Associated Press. Police in the region are currently combing through missing children reports to see if they can identify the girl, who they believe is between 10 and 12 years old.

Officials admitted her into a government-run hospital in northern India where she learned to walk and eat normally. But they say she still isn’t talking. ”She is still not able to speak, but understands whatever you tell her and even smiles,” D.K. Singh, the chief medical superintendent at her hospital, told the AP.

While police are still trying to determine when and how she made her way into the forest, they revealed her rescue was more dramatic than expected, as the troop of monkeys she traveled with was apparently quite protective.

”[The woodcutters] said the girl was naked and was very comfortable in the company of monkeys. When they tried to rescue the girl, they were chased away by the monkeys,” police officer Dinesh Tripathi told the AP.

“When [a police officer] called the girl, the monkeys attacked him but he was able to rescue the girl. He sped away with her in his police car while the monkeys gave chase,” Tripathi continued.

After the young girl is discharged she will be sent to live in a home for juveniles until her family can be located, according to the report.