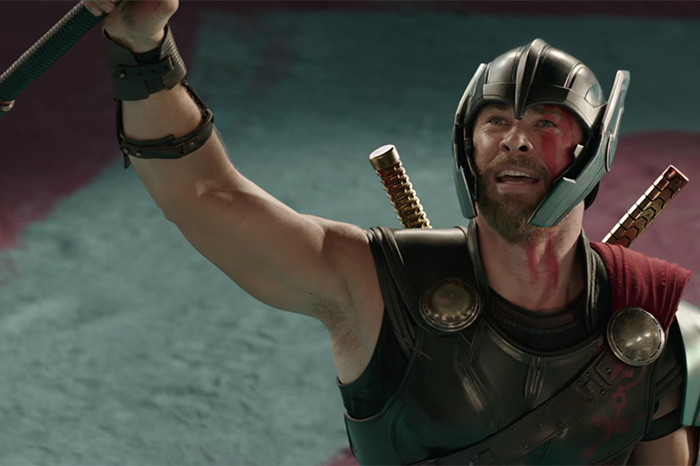 On Monday, Marvel released the first teaser for “Thor: Ragnarok,” the golden-locked Avenger’s third standalone film. In addition to a new-look Thor (Chris Hemsworth), the 112-second trailer also gives fans a peek at Gladiator Hulk, Jeff Goldblum’s debut as the Grandmaster, and the return of Tom Hiddleston as Loki.

Fittingly set to “Immigrant Song,” Led Zeppelin’s only track about a god with a hammer, the teaser begins with Thor’s mighty Mjölnir getting smashed into tiny pieces by a powerful female foe. From there, the Avenger is captured like a dolphin in a tuna net, given a haircut and a helmet, and eventually forced to fight his former colleague, the Hulk (Mark Ruffalo).

Check out the trailer (below).