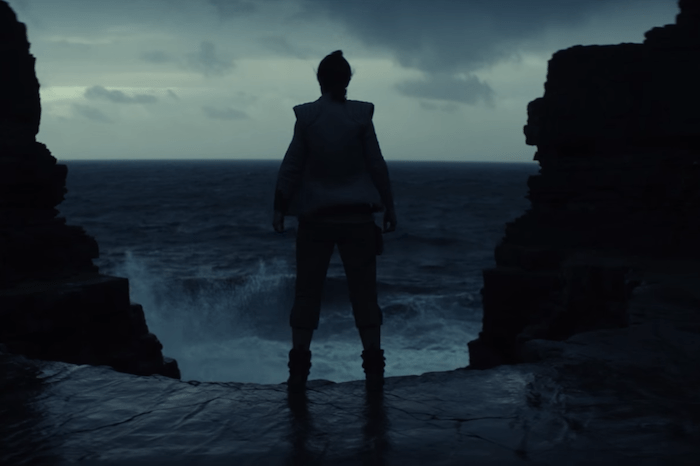 On Friday, Disney and Lucasfilm unleashed the much-anticipated first look at “Star Wars: The Last Jedi,” the follow-up to 2015’s “The Force Awakens.” Episode VIII evidently features a unique element its predecessor lacked: Luke Skywalker’s voice. Fans will recall that “The Force Awakens” ends with Daisy Ridley’s Rey handing a silent Luke his own lightsaber.

The trailer features glimpses of characters introduced in “The Force Awakens,” such as Finn (John Boyega), Kylo Ren (Adam Driver), Poe Dameron (Oscar Isaac), and BB-8, as well as a brief, behind-the-back shot of late Carrie Fisher’s Princess Leia. It also includes the sort of majestic battle scenes Star Wars fans have come to expect from the 40-year-old franchise. Dominating the proceedings, however, is Luke’s training of Rey, with Luke dropping this bomb: “I only know one truth: it’s time for the Jedi to end.”