Seth Rogen Joins a Fraternity After It Raises $32,000 for His Charity 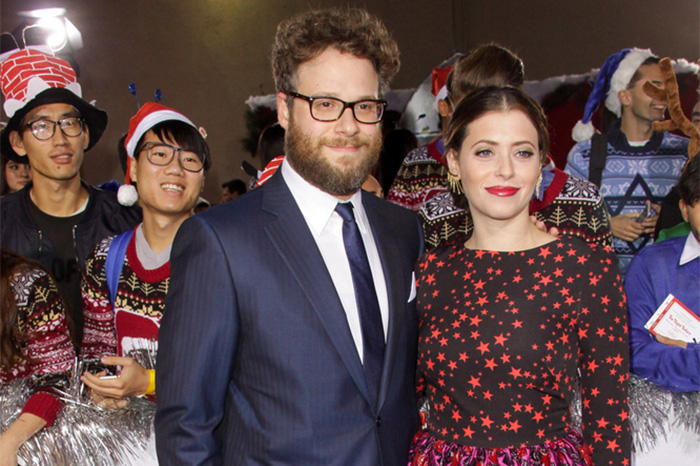 Seth and Lauren Miller Rogen attend premiere of “The Night Before” in 2015. Photo: PRPhotos

He became an honorary member of Pi Kappa Alpha’s University of Vermont chapter on Monday, tweeting about the experience later that day. “I joined a Fraternity today and it was amazing. Proud to be a Pike,” he wrote.

The fraternity even uploaded a photo of Seth and his new brothers (look for him in the third row, slightly left of center):

While Seth famously battled Zac Efron’s frat in the 2014 comedy “Neighbors,” the actor has a good reason for embracing one in real life—the Pi Kappa Alpha brothers raised $32,000 for Hilarity for Charity, according to reports, an Alzheimer’s research foundation founded by Seth and his wife, Lauren Miller Rogen.

Check out Seth’s most recent visit to the Stern Show here. Get more information about Hilarity for Charity here.