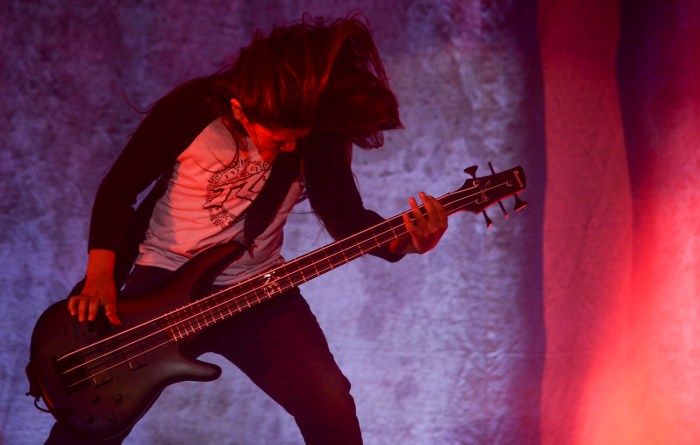 Tye, son of Metallica bassist and recent Stern Show guest Robert Trujillo, is filling in temporarily for Korn’s regular bassist Reginald “Fieldy” Arvizu, who was unable to make the South American leg of the band’s world tour. Fans in Bogota got their first look at the bass prodigy, who also has his own band, The Helmets. Tye will be performing with Korn until May 6.

A YouTube video published Monday of Tye and Korn drummer Ray Luzier performing solos during the band’s Bogota concert has already generated over 250,000 views. Check it out (below).