Paul McCartney Adds New York, New Jersey Dates to ‘One on One’ Tour 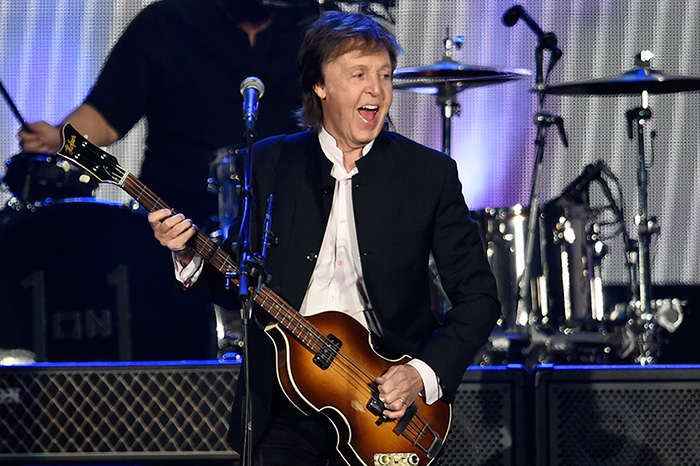 Rock legend Sir Paul McCartney added four more dates to the U.S. portion of his “One on One” tour, which kicked off earlier this month and runs through October.

The former Beatle, Wings frontman, and Stern Show guest will now play in Newark, N.J., on Sept. 11 before performing thrice more in New York—at Madison Square Garden on Sept. 15, Brooklyn’s Barclays Center on Sept. 19, and in Uniondale on Sept. 26. It will mark Sir Paul’s first performance at the Garden since 2005, according to Rolling Stone.

Tickets for his newly added tour dates go on sale Friday, May 5 at 10 a.m. ET.

Next up for the “Band on the Run” singer is four dates in Tokyo, keeping him in Japan through April 30, before returning stateside for a July 5 concert in Miami. Check out the full tour schedule here.

Though Sir Paul is well into his “One on One” tour right now, his former Beatles bandmate Ringo Starr revealed back in February that the two were collaborating on Ringo’s upcoming solo album. McCartney also last month released a reissued version of his solo album “Flowers in the Dirt,” featuring previously unseen footage and unreleased collaborations with Elvis Costello.

McCartney last appeared on the Stern Show in 2013: