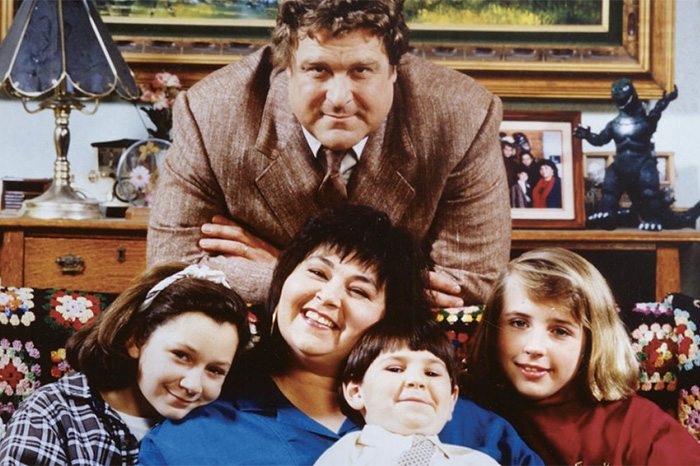 One of America’s funniest and most foul-mouthed TV moms is making a comeback.

There’s a revival of the Emmy-winning sitcom “Roseanne” in the works, according to Hollywood Reporter, with creator and star Roseanne Barr set to return along with co-stars John Goodman and Sara Gilbert. Barr would again produce the series, alongside Gilbert and two of its original producers, Tom Werner and Bruce Helford, in addition to Whitney Cummings, according to Deadline.

The eight-episode project is being shopped around to various networks, including Netflix—home to two other recent marquee revivals in “Fuller House” and “Gilmore Girls: A Year in the Life.”

The hit sitcom starred past Stern Show guests Barr and Goodman as Roseanne and Dan, a working class, oft-bickering couple struggling to stay afloat while raising three children—Darlene (Gilbert), Becky (Sarah Chalke/Lecy Goranson), and D.J. (Michael Fishman)—with a little help from Roseanne’s sister Jackie (Laurie Metcalf). The show’s other recurring cast included Darlene’s boyfriend David, played by Johnny Galecki (“The Big Bang Theory”), and Roseanne’s former boss Booker, played by George Clooney before he became a superstar. Metcalf is expected to also join the revival, according to Deadline, but it’s unclear who else might return.

Click here for more from Barr’s 2014 Stern Show visit, including her full interview with Howard. Click here for Goodman’s 2016 visit ahead of his thriller “10 Cloverfield Lane,” as well as his full conversation with Howard.