“Atlanta” creator and “Spider-Man: Homecoming” star Donald Glover will serve as a co-showrunner 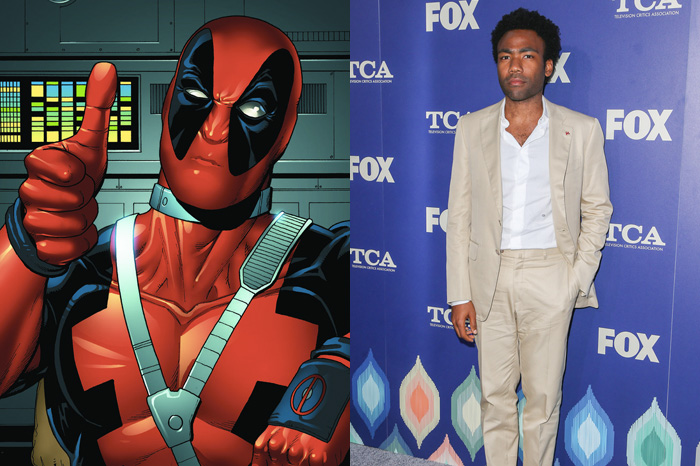 Donald, winner of multiple Golden Globes for his work on FX’s “Atlanta,” and his brother Stephen Glover were reportedly tapped by the network to write, executive produce, and serve as showrunner on “Deadpool” after Marvel’s Jeph Loeb and Jim Chory brought the project to the network. This isn’t Donald’s first collaboration with Marvel; he can soon be seen co-starring in “Spider-Man: Homecoming.”

Loeb and Chory will also serve as executive producers on the “Deadpool” series. Voice casting has not yet been determined, but a writer’s room for the series has already been set up in London where Donald is currently holed up filming his scenes for the “Star Wars” Han Solo spinoff, in which he plays a young Lando Calrissian.

“How much more fun could this be? Deadpool, Donald and FX — the perfect fit for the Merc with the Mouth! We’re thrilled that our relationship with FX that started with ‘Legion’ continues with what is sure to be a groundbreaking show in adult animation,” Loeb said in a statement.

Fox’s live-action “Deadpool” film, released in 2016, starred Ryan Reynolds and pulled in $783 million worldwide, making it one of the studio’s most successful movies to date. “Deadpool 2” is currently in the works, with Josh Brolin playing the mutant Cable and Zazie Beetz—who also stars on “Atlanta”—playing Domino.