Ruben Fleischer (“Zombieland”) is reportedly in negotiations to direct the film 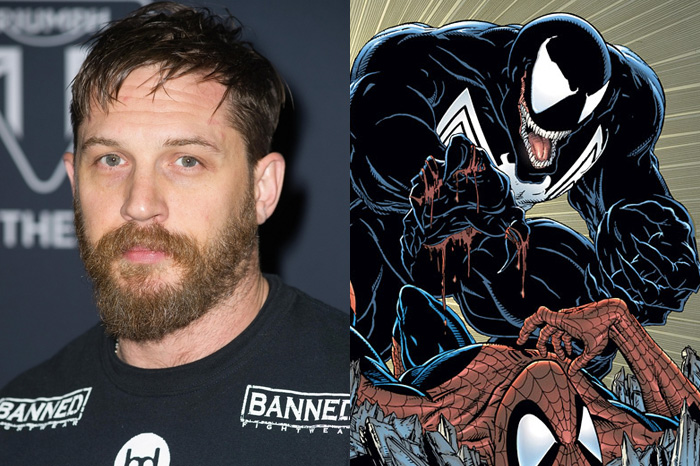 Tom Hardy is set to star in the Spider-Man spinoff film “Venom.”

The English actor will play Eddie Brock, who in the Marvel comics gets superpowers from an alien Symbiote and eventually becomes Spider-Man’s deadliest archenemy. “Zombieland” director Ruben Fleischer is reportedly in negotiations to direct the Sony Pictures film, with production expected to begin this fall.

Plot details for “Venom” are being kept under wraps, but the project is said to be a top priority for Sony, which confirmed the casting Friday in a tweet:

Hardy, who recently starred in “Mad Max: Fury Road” and earned an Oscar nomination for “The Revenant,” is no stranger to playing a marquee comic book villain. In 2012, he starred as the batman foe Bane in the DC Comics-inspired film “The Dark Knight Rises.”

“Venom” is slated for a Oct. 5, 2018 release, but next up for Sony-Marvel is “Spider-Man: Homecoming,” which stars Tom Holland and swings into theaters July 7.