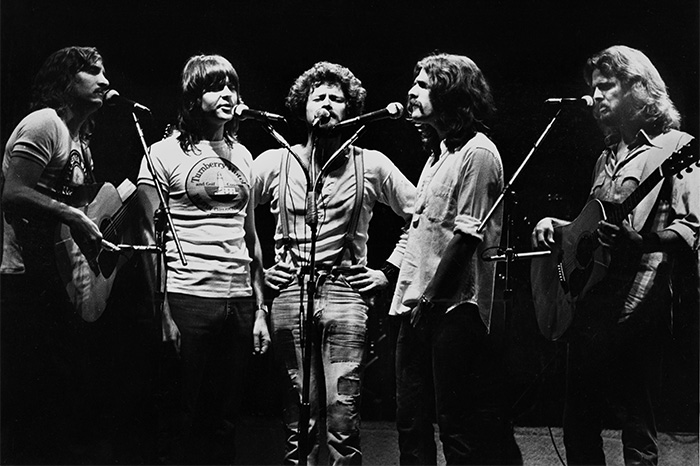 After the death of the Eagles frontman and co-founder Glenn Frey in January of 2016, fans were understandably pessimistic about ever seeing the band perform again. But now, with the help of two new additions, the Eagles are set to fly once more.

In a Los Angeles Times article published earlier this week, Henley described the new additions as “experiments,” though he was optimistic. “We’re just going to see how it goes,” he said. “We have every reason to believe it’ll go just fine.”

“In my mind, I always thought I’d have made a good Eagle,” added Gill, who was last year inducted into the Country Music Hall of Fame by Walsh, who has been with the Eagles since 1975.

Forbes celebrated the band’s move in an article published Thursday: “With Deacon Frey, the family tradition continues and Gill, through his days with Pure Prairie League and beyond, carries much of the strong Southern California sensibility that made the Eagles so beloved,” contributor Melinda Newman wrote.

Henley spoke about his relationship with Glenn Frey at length in December of 2015 while discussing his historic career on the Stern Show. “I love him like a brother,” Don told Howard just a few weeks before Glenn’s passing. “He encouraged me and pushed me to the front.”

Click here for the full L.A. Times piece on Deacon and Gill joining the Eagles. Click here for a look back at Henley’s 2015 sit-down with Howard.