Tracy Morgan, Julianne Moore to Reunite With ’30 Rock’ Co-Star Alec Baldwin for ‘One Night Only’ 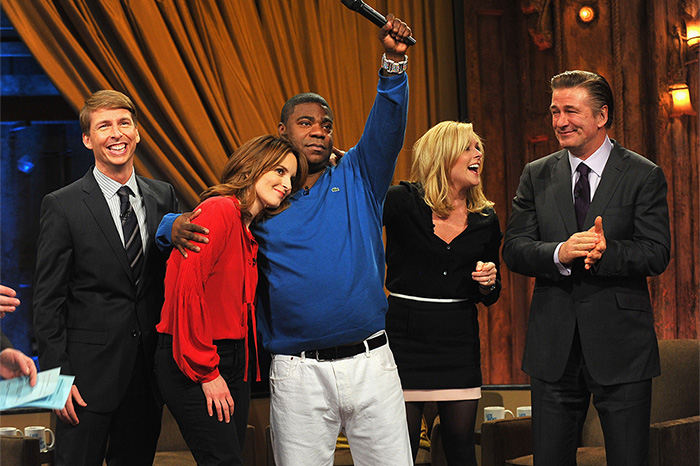 A handful of Alec Baldwin’s former co-stars are lining up to pay him tribute.

Tracy Morgan, Julianne Moore, Kate McKinnon, Jane Krakowski, and Jack McBrayer have all signed on as presenters for “One Night Only: Alec Baldwin,” an upcoming Spike TV special meant to celebrate the Hollywood heavyweight.

Described by Deadline as equal parts roast and “This Is Your Life,” “One Night Only” films June 25 at the Apollo Theater in Harlem and airs in July. Additional guests and performers will reportedly be announced in coming days.

“One Night Only” will be helmed by Beth McCarthy-Miller, who frequently directed Baldwin and his “30 Rock” co-stars Morgan, Krakowski, and McBrayer on NBC’s long-running sitcom. Moore also had a six-episode arc on the series, playing Baldwin’s love interest, Nancy Donovan. Moore and Baldwin would later reunite in the 2014 film “Still Alice.”

McKinnon, meanwhile, shared the “Saturday Night Live” stage with Baldwin on several occasions last season, where he had a recurring role as Donald Trump and she frequently played Hillary Clinton and political strategist Kellyanne Conway. When Alec joined the Stern Show in April he explained how he had fallen in love with McKinnon’s talent while working with her on “SNL.”

Listen to the full sit-down between Alec and Howard here.

“One Night Only: Alec Baldwin” premieres Sunday, July 9 at 9 p.m. on Spike TV.