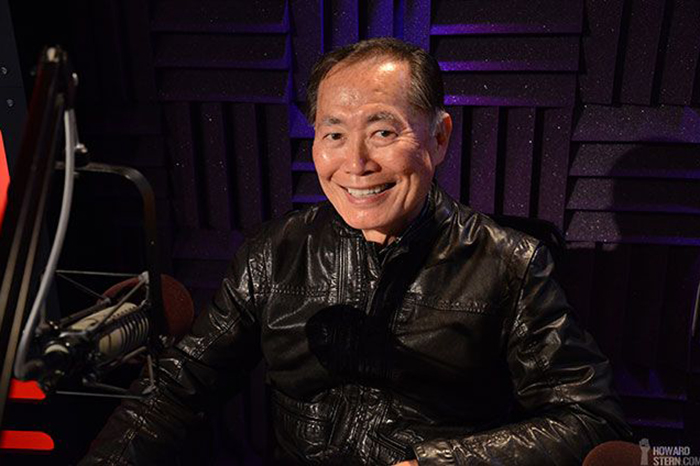 Four very different gray-haired friends could soon be coming to TV. Original “Golden Girls” writers James Berg and Stan Zimmerman have reimagined the classic sitcom for their script “Silver Foxes,” featuring a group of senior gay men living together late in life, just as Dorothy, Rose, Blanche, and Sophia did in the original television series.

One familiar name already involved in the prospective project is Stern Show regular George Takei. Even before Berg and Zimmerman finished “Silver Foxes’s” first script last year, a comedic crew of actors were already on-board including George, Leslie Jordan from “Will & Grace,” multiple Emmy-winner Bruce Vilanch, and Todd Sherry from “Parks & Recreation.” That group, along with “SNL” veteran Cheri Oteri, gathered for a secret table read at Zimmerman’s house in 2016. He shared a photo of the star-studded meeting on his Instagram (below).

Guess the cat is out of the bag about that secret reading I had last year. Fingers crossed that Hulu or a major network has the guts to portray the story of 4 older gay men. #silverfoxes #sitcom #gaymensgoldengirls #pride http://www.huffingtonpost.com/entry/593912d3e4b094fa859f15ea

“When they got the script, it was just hysterical. It was a pretty classic afternoon in my house,” Zimmerman told Huffington Post about the table read.

Berg and Zimmerman explained they felt compelled to write “Silver Foxes” after watching the documentary “Before You Know It” about the struggles of trailblazing LGBTQ senior citizens. From the film, they were surprised to learn many retirement and assisted living communities try to push gays, lesbians, and transgender people back into the closet — which sparked them to write their pilot.

In an interview on “Party Foul Radio with Pollo and Pearl,” Zimmerman explained the parallels between “Golden Girls” and “Silver Foxes” to listeners: “Every one of us is getting older. Especially with gays and lesbians and transgenders, we create our own families — and that’s what ‘The Golden Girls’ did. Those women came together and supported each other.”

“Silver Foxes” is currently being shopped to major networks, as well as Netflix, Amazon, and Hulu with Takei, Jordan, and the others attached to star.