3-disc July release to include remixes, rare tracks, and an unreleased CBGB show 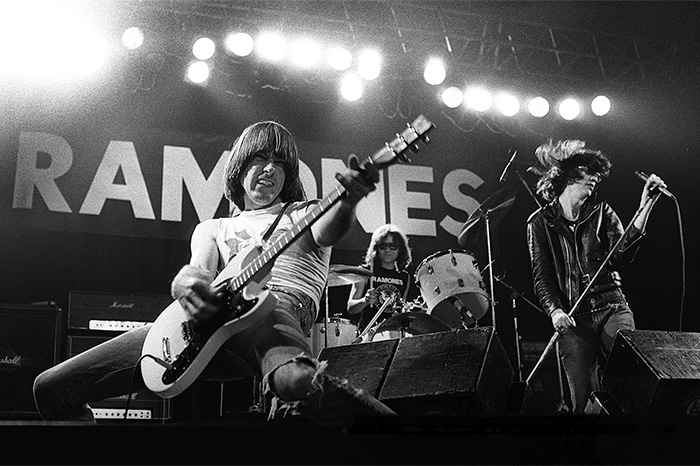 Gabba Gabba Hey! Ramones dropped a rare mix of their song “Swallow My Pride” this week, ahead of a 40th Anniversary reissue of their album “Leave Home,” available in July. The deluxe edition from Rhino Records features rare and previously unheard tracks from the iconic punk band, as well as an unreleased live show recorded at New York’s CBGB in 1977.

The second disc contains rough mixes of 15 tracks recorded for “Leave Home” at Sundragon Studios in New York, as well as “Sheena Is a Punk Rocker” and “Babysitter” — two replacement songs added to the U.S. and U.K. versions of the album after the band removed “Carbona Not Glue” shortly after its initial release. The third disc was recorded during the band’s show at CBGB on April 2, 1977.

The reissue comes packaged in a 12-by-12 hardcover book, which highlights stories from the band’s former manager Danny Fields (as told to music writer Michael Azerrad) plus details from Stasium on the making of the album.

“Ramones: Leave Home 40th Anniversary Deluxe Edition” comes out on July 21, with only 15,000 copies available worldwide. Click here for the full track listing and information on pre-ordering a copy. Listen to “Swallow My Pride (Sundragon Mix)” below: