Is Dr. Dre Working on a New Eminem Album?

“The Defiant Ones” director Allen Hughes drops a hint 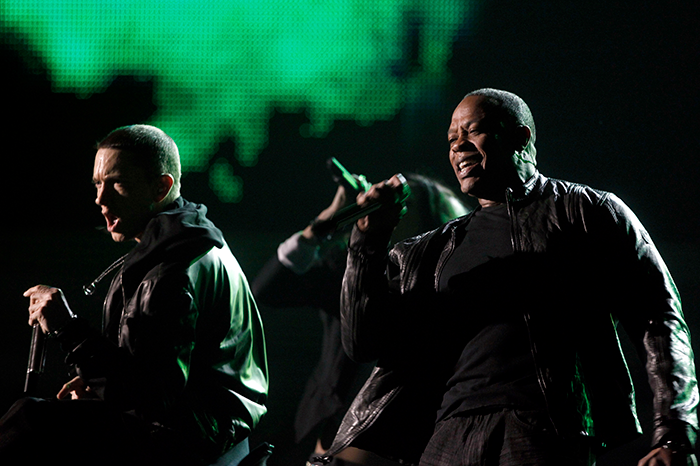 Dr. Dre and Eminem may be getting ready to release the next chapter of their music collaboration: Allen Hughes, director of “The Defiant Ones,” HBO’s new documentary series chronicling the unlikely partnership between Dr. Dre and Jimmy Iovine, let it slip that Dre may be reuniting with Eminem on his ninth studio album and follow-up to 2013’s “The Marshall Mathers LP 2.”

Dr. Dre played a pivotal role in launching Eminem’s career and produced several of his hits, including “My Name Is” and “The Real Slim Shady.” Since then, he’s teamed up on a track or two on nearly every Eminem album—so it’s not surprising for the two to pair up again.

Eminem visited the Stern Show in 1999 and discussed how he originally met Dr. Dre after the veteran producer heard his tape at Interscope Records. “Dre is very down to Earth,” the rapper told Howard.

More recently, Jimmy Iovine sat down with Howard and recalled his early days at the helm of Interscope working with Dr. Dre to build the hip-hop roster with new talented artists like Eminem. Read more from his interview here.