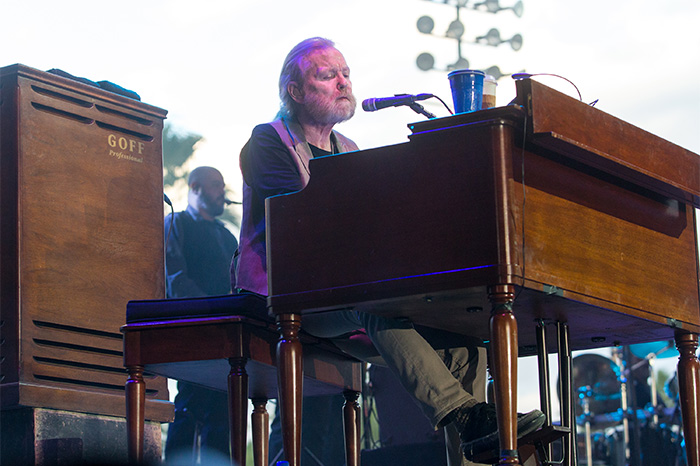 The introspective, guitar-driven song was reportedly written during Gregg’s final years battling liver cancer. “I hope you’re haunted by the music of my soul, when I’m gone,” he sings at one point.

The album’s producer Dan Was described “My Only True Friend” as “Gregg’s attempt to contextualize the course of his life,” according to Billboard. Listen (below).

“Southern Blood” will be the first original album from Gregg since 2011’s “Low Country Blues.” In 2012, he visited the Stern Show and discussed with Howard—among other things—his inspiration for penning the Allman Brothers Band classic “Melissa.”

“That was the first song I ever wrote,” Gregg told Howard at the time. “I was out on the road for the first time—I guess I was a little homesick—so I just invented this girl and I wrote the whole damn song except for the title,” he explained.

Howard paid tribute to the Southern rock icon earlier this year after he passed away at 69 due to complications related to his liver cancer. “Gregg Allman was a legend,” he told listeners before playing some of his favorite Allman Brothers Band cuts. Listen to Howard’s on-air remembrance (below).