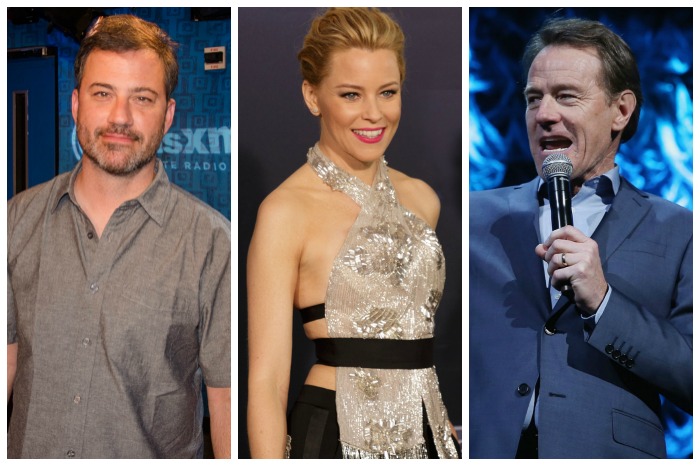 After a six-year long hiatus, Larry David is bringing his Emmy-winning series back to HBO along with some all-star cameos from Jimmy Kimmel, Bryan Cranston, Elizabeth Banks, Carrie Brownstein, Nick Offerman, and Judith “Judge Judy” Sheindlin, according to the Hollywood Reporter.

Larry’s longtime TV wife Cheryl Hines will also return for Season 9, as will recurring guests Richard Lewis, Bob Einstein, Ted Danson and Mary Steenburgen. Series regulars Jeff Garlin, Susie Essman and J.B. Smoove will all be back to yell at Larry as well.

Earlier in July, HBO alerted fans of “Curb’s” Oct. 1 return date in a short teaser video that featured David dressed as Julius Caesar. “He left … He did nothing … He returned,” the video’s text playfully described.

During their 2015 Stern Show interview, Howard asked Larry if there would be a final season of “Curb Your Enthusiasm,” to which the comedian answered, “the odds are against it.” He admitted after the negative reaction to the “Seinfeld” finale (the series he co-created with Jerry Seinfeld), officially wrapping up his HBO sitcom didn’t interest him.

Check out the Season 9 “Curb Your Enthusiasm” teaser video here.