“This is real, folks!” the rock star and former Stern Show guest responds 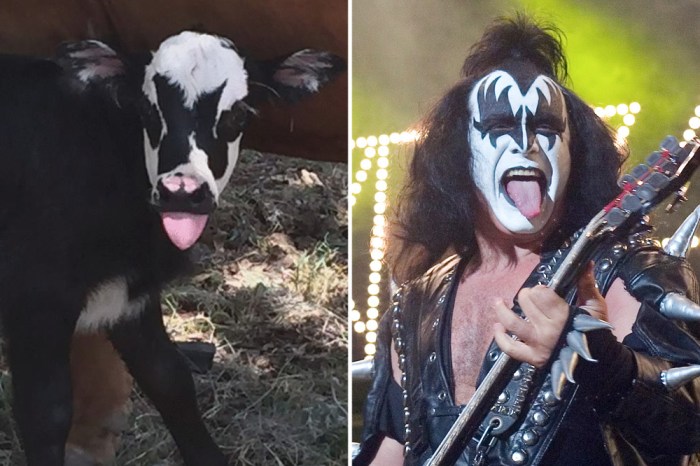 Moo-ove over, Sal and Richard’s painted privates (scroll down for pics)—the world has embraced a new Gene Simmons lookalike.

The internet went crazy this week after pictures emerged of a Kerrville, Tex. calf resembling rock star Gene Simmons (above). It started when Hill Country Visitor, a local tourism agency, shared an image of Genie the newborn cow on social media along with a caption joking about how its father might be the legendary KISS frontman. Simmons himself then helped the comparison go viral when he shared the story with his digital KISS army:

Genie also seems to be enjoying the comparison and his newfound fame. The cow is scheduled to make an appearance at Kerrville’s Cowboy Steak House on Thursday, according to Hill Country Visitor’s Facebook page which assured readers he will only be the main event and not also the main course.