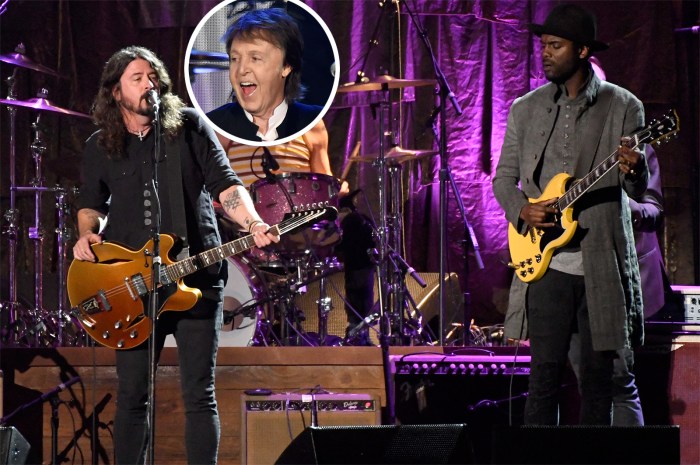 Sir Paul McCartney is playing the drums on the upcoming Foo Fighters album “Concrete and Gold.”

The band’s frontman Dave Grohl shared news of the one-track collaboration this week during an interview with “Entertainment Tonight Canada.”

“He’s a pal,” Grohl explained. “We’ve known him for a long [time]. He’s great. He’s the most wonderful person in the world.”

“Concrete and Gold,” the band’s ninth studio album, was recorded in secret over a period of six months. In June the Foo Fighters revealed the album’s name and release date, as well as an upcoming fall tour that kicks off with a massive one-day festival featuring Queens of the Stone Age and fellow Stern Show veterans Royal Blood.

Sir Paul visited the Stern Show most recently in 2013 and walked Howard through penning many of the Beatles’ biggest hits, including “Back in the U.S.S.R.”—another song he played drums on. Check out more from that interview here. The Foo Fighters, meanwhile, last sat down with Howard in 2014 while promoting their album and HBO docu-series “Sonic Highways.”

“Concrete and Gold” hits shelves Sept. 15. Pre-order it digitally and on vinyl and CD here, and get more info on their upcoming tour here. Watch their latest video for “Run” (below).