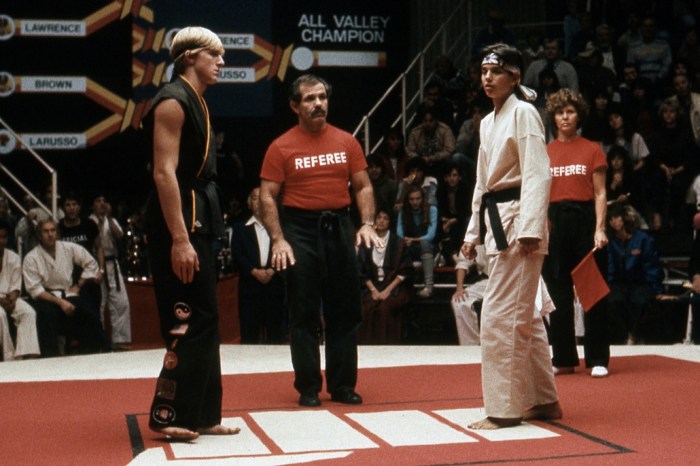 It’s been over 30 years since Daniel-san kicked the wind out of Johnny in the 1984 All-Valley Karate Tournament, but on Friday their rivalry was officially renewed.

“The Karate Kid” is getting a sequel and franchise stars Ralph Macchio and William Zabka have signed on to reprise their roles. The 10-episode comedy series, called “Cobra Kai,” will debut in 2018 on YouTube Red.

Named after the bully-filled dojo where Johnny (Zabka) trained in the films, “Cobra Kai” is set 30 years after Johnny and Daniel LaRusso’s (Macchio) infamous showdown at the end of the original (shown below). The series will reportedly follow both characters in equal measure as well as touch upon how Daniel dealt with the loss of his beloved sensei, Mr. Miyagi (played in the films by the late actor Pat Morita). It will, of course, also be chock-full of karate.

“Like everyone who grew up in the 1980s, the three of us are enormous fans of ‘The Karate Kid,” Heald, Hurwitz, and Schlossberg said in a joint statement given to Hollywood Reporter. “’Cobra Kai’ will be a true continuation of the original films — packed with comedy, heart and thrilling fight scenes. We can’t wait to reignite the LaRusso-Lawrence rivalry, and we’re thankful to our partners at YouTube Red, Sony Pictures Television and Overbrook for their shared enthusiasm in making our dream project a reality.”