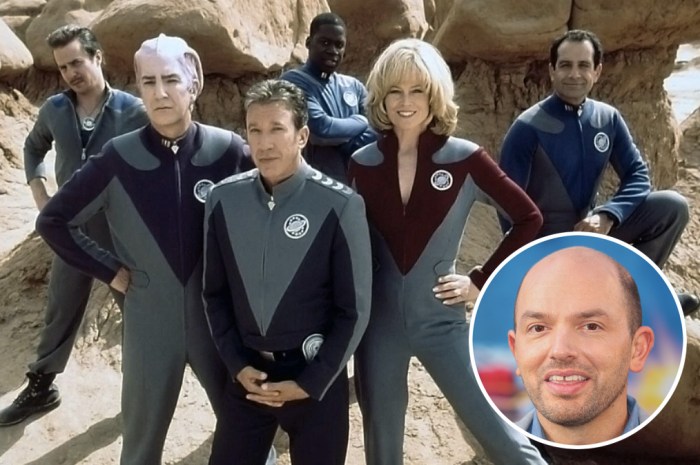 The “Galaxy Quest” TV revival is moving ahead at warp speed.

Amazon, the studio adapting the 1999 sci-fi comedy for the small screen, has tapped comedian Paul Scheer to write the script, according to the Hollywood Reporter. He takes over for Robert Gordon, who co-wrote the original film.

The show is described as a fresh take on the feature, which starred Tim Allen, Alan Rickman, and Sigourney Weaver as actors on a defunct “Star Trek”-like TV series who are mistaken for a real life starship crew and beamed into space. Sam Rockwell, Daryl Mitchell, Tony Shalhoub, Rainn Wilson, and Justin Long also starred in “Galaxy Quest,” though its unclear which actors might reprise their roles.

Amazon reportedly had ambitions to reboot “Galaxy Quest” as a series awhile back, but the plans were scrapped in the wake of Rickman’s unexpected death in 2016. “We were ready to sign up, and [then] Alan Rickman passed away and Tim Allen wasn’t available … It was going to shoot, like, right now. And how do you fill that void of Alan Rickman? That’s a hard void to fill,” Rockwell said last April.

Scheer, whose previous writing credits include “The League,” “NTSF:SD:SUV,” and Rob Corddry’s “Children Hospital,” confirmed the news in a tweet: