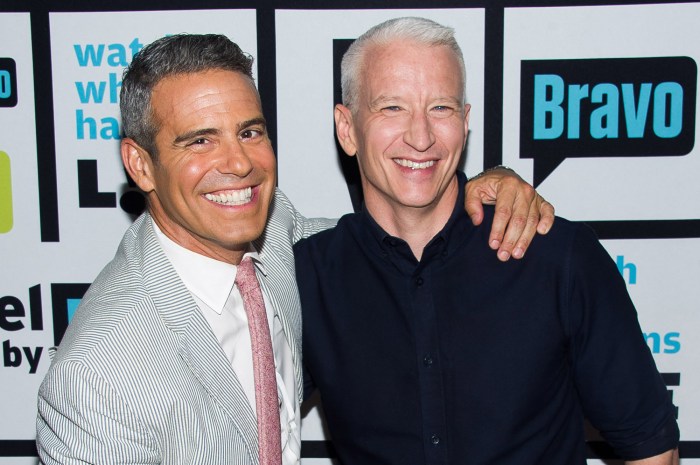 Andy shared the news Wednesday morning on Twitter, saying he “could not be more excited” to be involved with the special:

The news is out! I’m co-hosting New Year’s Eve on CNN with @andersoncooper and I could not be more excited!

“Andy is the life of the party wherever he goes, and what bigger party is there than New Year’s Eve?” Cooper added in a statement obtained by TheWrap. “It is going to be a blast!”

Howard last interviewed Andy in June to discuss his “Love Connection” reboot on Fox, but the renowned host, author, and TV personality also called in earlier this month to help the Stern Show usher in Cocktober.

“Howard, as Top Gay, I feel that I need to wish you a happy Cocktober,” Andy said. “I’m very excited that you’re celebrating one of our greatest body parts and I look forward to what the month brings to all of us.”

CNN’s “New Year’s Eve Live,” which has been chronicling New York City’s Times Square ball drop for 11 straight years, was previously hosted by Cooper and Kathy Griffin. Past editions have also included a variety of special guests, performers, and correspondents, including the Flaming Lips, Wyclef Jean, Dave Grohl, and even the late Hugh Hefner.