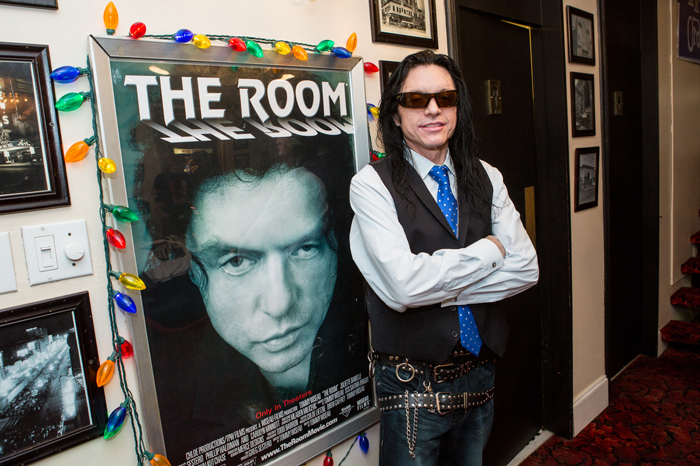 Good things come to those who wait.

And 14 years after Tommy Wiseau’s self-made movie “The Room” opened in only two L.A.-area theaters, the film is now set to be released in theaters nationwide for one day only. Audiences will be able to see Wiseau’s flick up on the big screen (possibly for the first time) on Jan. 10 in roughly around 600 theaters, according to reports.

Shortly after its initial debut, “The Room” became a cult classic beloved by fans for its over-the-top performances, quickly-paced scenes, and overdubbed dialogue. Tommy’s costar in the film Greg Sestero went on to write the book “The Disaster Artist” about his experiences on the set of “The Room.” The book was later adapted by James Franco for his 2017 film that he too titled “The Disaster Artist.” Not only did James choose to put the real Tommy into a scene within the movie, he also brought Tommy with him when he visited the Stern Show earlier this month.

“It was a challenge but he actually was so sweet,” Franco said of working with Wiseau, whom he portrays in “The Disaster Artist.” James also produced and directed the film and stayed in character even when cameras weren’t rolling.

“It was just simpler to stay the dude,” Franco explained.

Check out audio of James Franco doing his best Tommy Wiseau impression on the Stern Show (below) and see “The Room” when it returns to theaters Jan. 10.