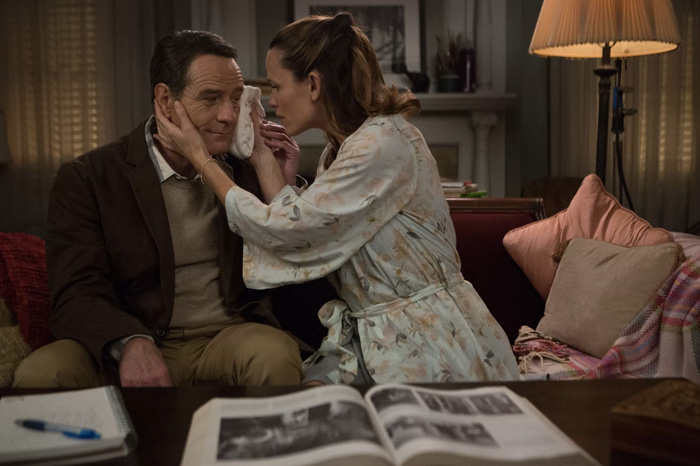 “Wakefield,” the film Bryan Cranston teased details of during his last Stern Show studio appearance, has been acquired by IFC and given a May release date.

The film, which also stars Jennifer Garner and first screened at the Telluride and Toronto Film Festivals in 2016, is set to hit theaters May 19 and VOD May 26.

Robin Swicord (writer of “The Curious Case of Benjamin Button”) wrote and directed “Wakefield,” adapting it from a short story penned by E.L. Doctorow, which follows a suburbanite (Cranston) who hides out in his garage attic, scrounging for food and secretly watching his wife (Garner) and family go about their lives. The film’s co-stars include Jason O’Mara and Beverly D’Angelo.

Cranston, a Stern Show regular, visited the studio in Nov. 2015 just before shooting “Wakefield.” After walking Howard and Robin through the plot of the small-budget film, he explained the script called for him shooting a steamy love scene with a “very prominent” and “much younger” A-list actress. Garner had apparently just signed on to the project, but Bryan couldn’t yet reveal her name. This led to several hilarious minutes of Howard, Robin, and eventually Gary Dell’Abate trying to guess the mystery actress’s identity—all to no avail.

Listen to the exchange (below):

Click here for more details on the release and recent acquisition of “Wakefield.”