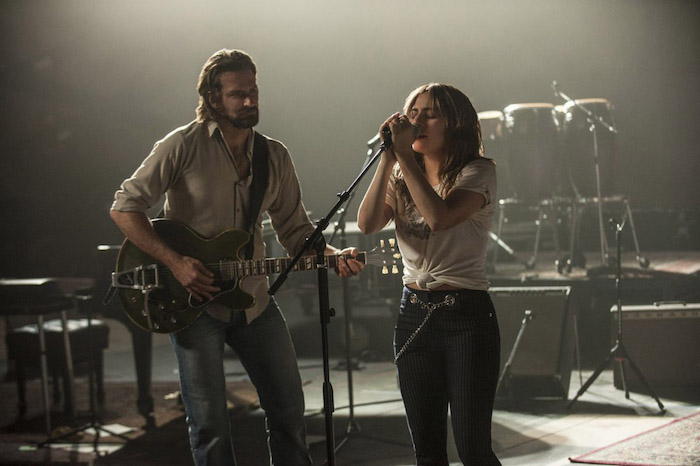 Warner Bros. has released the first official photo from its remake of “A Star Is Born,” starring former Stern Show guests Bradley Cooper and Lady Gaga, who will—for the first time—be billed under her pre-Gaga name, Stefani Germanotta. Cooper is making his directorial debut with the film which features original songs written and performed by Gaga and reportedly began production this week at the Coachella music festival.

“A Star Is Born” will be the fourth telling of the story, with previous versions released in 1937, 1954, and—most famously— 1976 featuring Barbra Streisand.

Lady Gaga discussed her upcoming collaboration with Cooper during a last visit to the Stern Show in October. Click here for more on that interview and listen to her conversation with Howard below (discussion of the film begins at the 38-minute mark):