Additional headliners at the Sept. 16 benefit concert include Dave Matthews, the Avett Brothers, and Jack Johnson 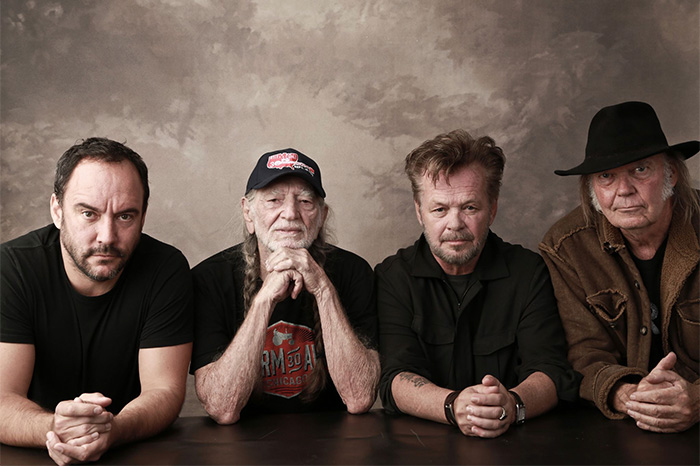 America’s agriculturalists should sleep easy on Tuesday because Farm Aid 2017 has announced its lineup, and it’s one for the ages.

Rock legends and past Stern Show guests Neil Young, Willie Nelson, John Mellencamp, and Sheryl Crow are all set to headline the annual charity concert benefiting the nation’s farmers, which has raised over $50 million since its inception in 1985, according to Rolling Stone. They will share the stage with Dave Matthews, Jack Johnson, the Avett Brothers, Jamey Johnson, Valerie June, Blackberry Smoke, Lukas Nelson & Promise of the Real, and Insects vs. Robots.

This year’s event will take place at the KeyBank Pavilion in Burgettstown, Penn., on Sept. 16—the first time the concert has been held at that location since 2002.

“Family farm agriculture is the heart of Pennsylvania,” Nelson, a Farm Aid board member (alongside Young, Mellencamp, and Matthews), said in a statement. “What’s happening in western Pennsylvania and the region shows us that we can count on family farmers to strengthen our communities and connect people. Whether we live in rural or urban places, food — and music — brings us all together.”

This marks Young’s first concert since he played the Bridge School Benefit last October (along with Nelson and Matthews, among others). When the Rock and Roll Hall of Famer visited the Stern Show in 2014 he spoke to Howard about a litany of subjects, including performing at another well known music festival: Woodstock. Click here for more on that conversation. Also in 2014, Nelson returned to the Stern Show and spoke about some of the gigs he had played recently, including a concert for Bill Gates that reportedly paid him $1 million. Click here for more on that interview.

Tickets for Farm Aid 2017 go on sale Friday, June 23 at 10 a.m. Click here for more information or check out the video (below).