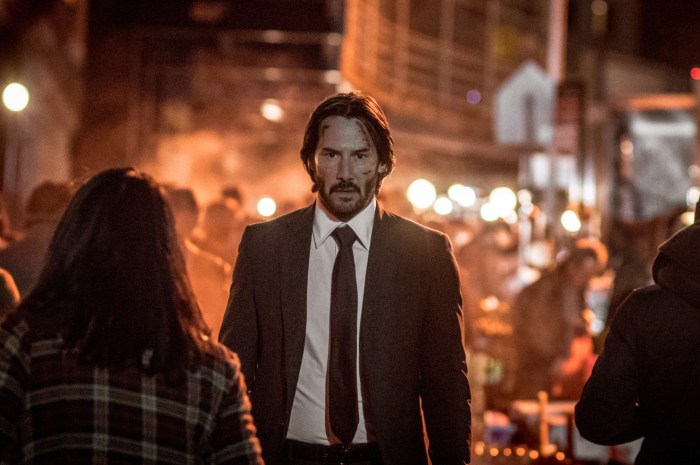 The world of “John Wick” is getting a little bit bigger.

Starz has unveiled plans for “The Continental,” a forthcoming series inspired by Keanu Reeves’ popular action franchise in which he plays a notorious hitman named John Wick.

The upcoming show will focus on the Continental Hotel, a ritzy but exclusive refuge for wayward assassins featured prominently in both films. But whereas the cinematic version of the Continental existed in New York City, the TV version will be located in Los Angeles.

“This series is truly unlike anything else on TV,” Starz President & CEO Chris Albrecht said in a statement. “’The Continental’ promises to include the thunderous fight sequences and intensely staged shootouts between professional assassins and their targets that fans have come to expect in the ‘John Wick’ movie franchise as well as introducing some new, darkly compelling characters who inhabit this underground world.”

While the series may be unlike anything else on TV, it’s not technically the first “John Wick” spinoff. In September, a “John Wick” comic book was published exploring the character’s mysterious origins.

It’s unclear whether Reeves or any of the actors from the films will appear on “The Continental,” but the pilot will be directed by franchise veteran Chad Stahelski. Writer-producer Chris Collins (“Sons of Anarchy”) will write and serve as showrunner.