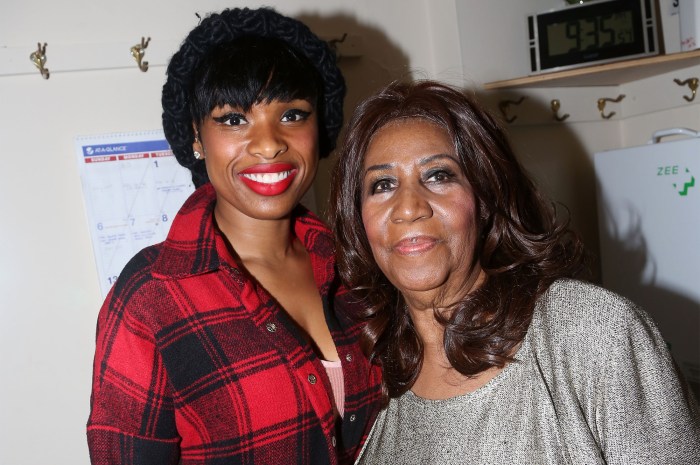 Queen of Soul Aretha Franklin has hand-selected singer-actress Jennifer Hudson to play her in an upcoming biopic, according to music mogul Clive Davis who revealed the news Sunday at his pre-Grammys party.

Hudson, who won an Oscar playing a fictional singer in the 2006 musical drama “Dreamgirls” and stars on the competitive-singing series “The Voice,” later confirmed the casting on Instagram, adding also that she’s “humbled” to play the part. The upcoming film won’t be her first time honoring Franklin, whose numerous accolades include both a Rock and Roll Hall of Fame induction and the Kennedy Center Honors—the past Stern Show guest previously paid tribute to Aretha at the 2011 Grammys.

Jennifer also reportedly took the stage at Clive’s party on Sunday and performed a medley of Aretha songs, including “Think,” “Rock Steady” and “Respect.” Davis, who signed Franklin to his record label Arista in 1980 and then Hudson after her 2004 run on “American Idol,” had kind words for them both before Jennifer’s performance. “When the biopic of the great Aretha Franklin is filmed next year, the artist anointed by Aretha herself to play her is the next performer. Aretha personally told me that last week,” he said. “This artist to us is a transcendent performer. She stops any and every show she’s in. Her voice is truly incredible. When they ask, ‘Where’s the next Aretha, where the next Aretha will come from?’ I say it’s [Hudson].”

Take a look back at Jennifer’s 2014 sit-down with Howard here and check out her 2011 Aretha tribute (below).