Roger Daltrey Is Taking the Who’s ‘Tommy’ on Tour 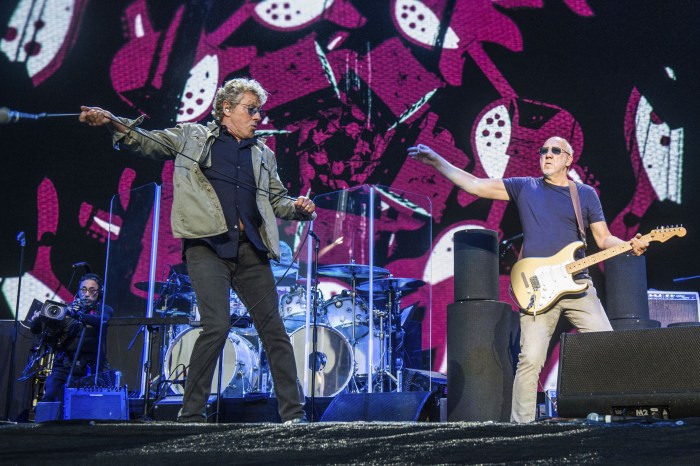 Roger Daltrey and Pete Townshend of the Who perform at the Outside Lands Music Festival at Golden Gate Park in San Francisco (2017) Photo: Shutterstock

Legendary frontman Roger Daltrey has announced plans to embark on a 10-city summer tour in which he and his backing band will team up with local orchestras to play the Who’s seminal 1969 “Tommy” album in its entirety.

“I’m really looking forward to singing ‘Tommy,’ not only with my great backing group, but also some of the finest orchestras in the country,” Daltrey said in a statement. “Pete Townshend’s rock music is particularly suited to being embellished by the sounds that an orchestra can add to the band. With the arrangements written by David Campbell, it should make a memorable night of entertainment for all those who love the arts.”

It’s shaping up to be quite a year for Daltrey, who will in 2018 also release a long-awaited biography and his first solo album since the early ‘90s. As previously reported, the 73-year-old’s book is expected to touch upon a variety of themes and include some savory stories from his ascension to rock royalty. The musician shared more than a few of those tales with Howard when he returned to the Stern Show in 2015 to discuss the Who’s then-upcoming 50th anniversary tour. Listen to him reveal which song he has vowed to never perform again (below).

Get more from Roger Daltrey’s epic conversation with Howard here and check out his upcoming “Tommy” tour dates below: