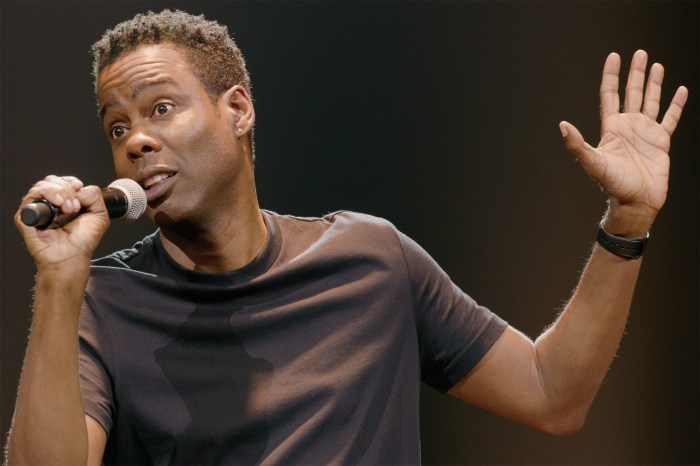 On Tuesday, the actor, comedian, and past Stern Show guest revealed the first of his eagerly anticipated Netflix comedy specials will debut at 12:01 a.m. on Wednesday, Feb. 14. Titled “Chris Rock: Tamborine,” it will be his first televised stand-up gig in 10 years.

“Tamborine” was directed by fellow comedian Bo Burnham and was filmed at New York’s Brooklyn Academy of Music. It’s the first of two stand-up specials Chris is expected to deliver for Netflix as part of his record-breaking $40 million deal, announced in 2016.

This isn’t Chris’s only upcoming Netflix event, of course. He stars alongside fellow Stern Show veteran Adam Sandler in the April wedding comedy “The Week Of,” featuring a cameo from Stern Show staffer Ronnie “The Limo Driver” Mund.