AUDIO: Irving Azoff Asks Jon Bon Jovi How He Convinced Howard to Induct Him Into the Rock & Roll Hall of Fame 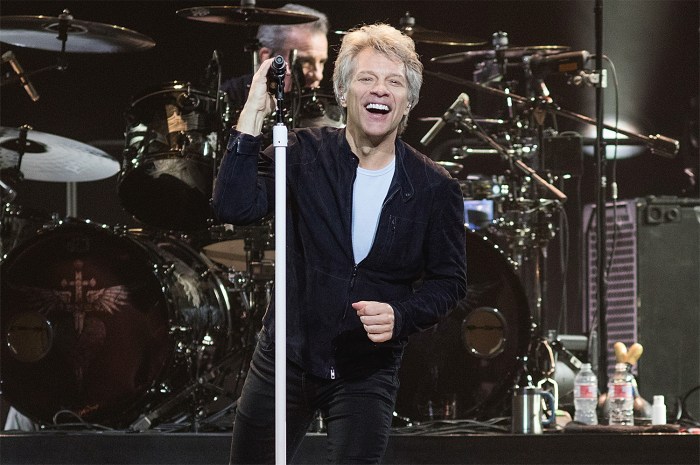 During his conversation with Jon, the longtime music exec asked a pressing question about the King of All Media, who will this month be inducting Bon Jovi into the Rock & Roll Hall of Fame. Specifically, Irving wanted to know how in the world Jon convinced him to travel all the way to Cleveland to take part in the induction ceremony.

“I didn’t tell him we were going to Cleveland,” the musician said with a laugh. “That was the first thing.”

“No, you let me do that,” Irving, who is also Jon’s manager, laughingly responded.

Jon then elaborated on his decision to ask Howard to induct the band. “He was my first and only choice and people were surprised by that, but in truth I’ve known Howard 30-plus years and in a weird way our careers paralleled,” he told Irving. “Whether it was good or bad or indifferent, we were always friends. And we became closer friends in the last decade or so.”

Check out the clip (below).

Jon first revealed Howard would be inducting Bon Jovi during the frontman’s most recent Stern Show visit back in January. He also recounted the funny story of how he went about asking his longtime friend.

“I am so honored that you asked me. I am thrilled to do it,” Howard told Jon at the time.

Take a listen to a clip from the conversation (below) and check out Howard’s full interview with Jon here.