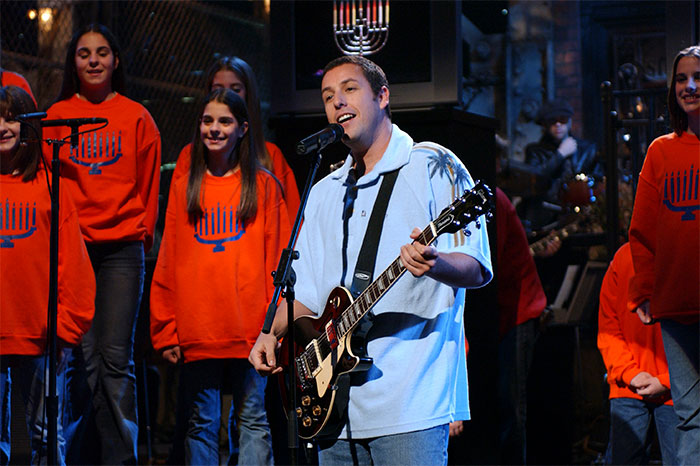 They’re all going to laugh at him. Again.

Adam Sandler is returning to Studio 8H in May to host “Saturday Night Live,” the show announced Friday via social media. The cast member turned A-list entertainer will be joined by musical guest Shawn Mendes.

It will be Adam’s first time hosting NBC’s long-running sketch-comedy show, despite being one of its most beloved writers and performers through much of the 1990s, though he has since appeared in a limited capacity, like on “Weekend Update” segments and on “SNL’s” 40th anniversary spectacular back in 2015. Mendes, a Canadian singer-songwriter, will be making his second appearance as musical guest.

“We are happy to welcome Adam back to ‘SNL’ in what is sure to be a special night,” creator and executive producer Lorne Michaels said in the statement.

Adam has joined the Stern Show multiple times over the years. In 2018, he shared an anecdote about dining out with fellow “SNL” alum Rob Schneider, telling Howard the two were harangued by a restaurant patron who objected to being named in Adam’s famed “Chanukah Song,” which he has performed on “SNL” several times in the past. See a clip from Adam’s sit down with Howard (below).

Adam Sandler and Shawn Mendes join “Saturday Night Live” on May 4. Up first, however, is host Kit Harington (“Game of Thrones”) with musical guest Sara Bareilles on Saturday and actress Emma Stone with K-Pop act BTS on April 13.