“I have always loved to play the blues,” the recent Stern Show guest says of the June 7 release 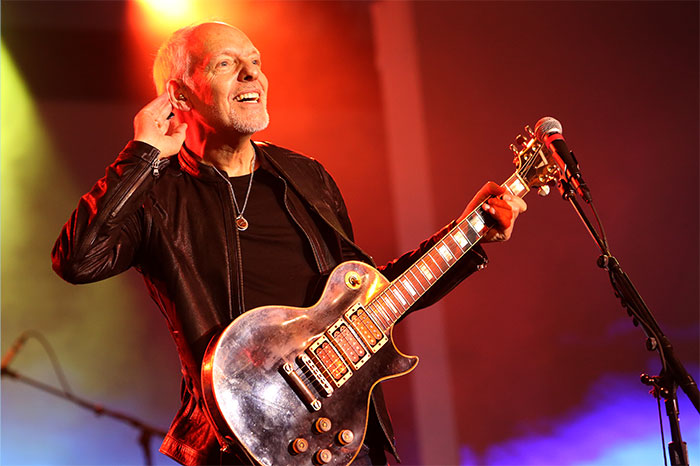 When Peter Frampton returned to the Stern Show in March, the music icon told Howard he’s hard at work recording multiple new albums. Last week, he shared a few key details surrounding one of those releases.

The Peter Frampton Band, which also includes guitarist Adam Lester, guitarist-keyboardist Rob Arthur, and drummer Dan Wojciechowski, will release a 10-track covers album called “All Blues” on June 7. Recorded at Studio Phenix in Nashville, the LP features assists from a variety of blues and rock artists, including Fabulous Thunderbirds’ Kim Wilson and Deep Purple’s Steve Morse, among others.

“I have always loved to play the blues … With this recording, we pay tribute to all the original artists who invented this incredible music. I hope you can hear and feel our enjoyment. I’m not sure if you can say we had fun playing the blues. But we definitely did,” Frampton said in a statement.

Frampton has already teased one track from “All Blues,” the Wilson team-up “I Just Want to Make Love to You,” on Soundcloud. Take a listen (below).

“All Blues” will also be available as a double-LP and a limited-edition vinyl release. Frampton plans to promote the album with his farewell tour, beginning June 18 in Catoosa, Okla., and also “The Peter Frampton Show,” a six-week series launching May 10 on Sirius XM’s Deep Tracks channel.

During his 2019 Stern Show visit, Peter discussed his farewell tour and also opened up about his recently revealed inclusion-body myositis (or I.B.M.) diagnosis which served as a catalyst for both the tour and his upcoming albums. “I just didn’t know how quickly it was going to progress,” Frampton told Howard. Check out the full interview here.