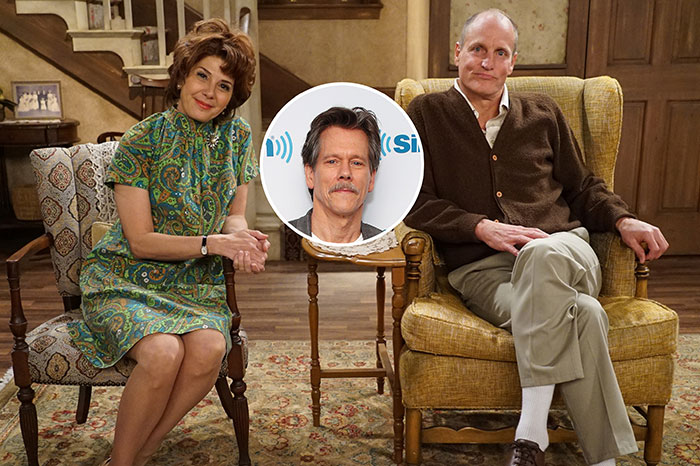 Another Stern Show veteran has been added to Jimmy Kimmel and Norman Lear’s next “All in the Family” special.

Kevin Bacon has reportedly signed on to co-star in ABC’s upcoming live broadcast of Lear’s legendary 70s sitcom. The movie star will share the stage with fellow Stern Show guests Woody Harrelson and Ike Barinholtz as well as Marisa Tomei and Ellie Kemper who reprise their roles as Archie Bunker, Archie’s son-in-law Mike, Archie’s wife Edith, and Archie’s daughter Gloria, respectively. Other announced “All in the Family” newcomers include Jesse Eisenberg and Justina Machado, who both also star on Lear’s current series “One Day at a Time.”

Like with Kimmel and Lear’s May special, December’s live “All in the Family” episode will air back-to-back with a live rendition of another of Lear’s iconic TV series. This time, instead of “The Jeffersons,” it will be paired with Lear’s “Maude” spinoff “Good Times,” which starred Esther Rolle, John Amos, Jimmie Walker, and, eventually, a young Janet Jackson. Casting for Lear and Kimmel’s “Good Times” redux is expected to be announced in coming days.

When Kimmel joined the Stern Show in May, the comedian, late-night host, and producer spoke opened up to Howard about why he chose to restage the TV classics. He also expounded upon how Woody ended up landing the role of Archie. Watch a clip from their conversation (below).

Jimmy Kimmel and Norman Lear’s “All in the Family” and “Good Times” special airs live on Wednesday, Dec. 18 at 8 p.m. ET on ABC.