The trailer begins with Abby (Stewart) and her girlfriend Harper (“Halt and Catch Fire’s” Mackenzie Davis) leaving the city for the holidays to spend some quality time with Harper’s family. Abby is excited by the prospect of meeting the people who raised the woman she loves—if all goes well, she even plans to propose—but the trajectory of their trip changes after Harper drops a bombshell:

“I didn’t tell my parents I’m gay,” she announces (above).

The problems only snowball from there as Stewart’s character suddenly finds herself pretending to be straight, too, and even pretends to be involved with her gay male friend John (“Schitt’s Creek” star and co-creator Dan Levy).

When Stewart made her Stern Show debut in 2019, the actress said plenty about romance, sexuality, and even the prospect of one day proposing to her real-life girlfriend. “Honoring that [tradition of marriage] and having other people recognize it—fuck the government—but just people and your friends and your family, that means a lot to me,” she told Howard. Check out a clip from their interview (below). 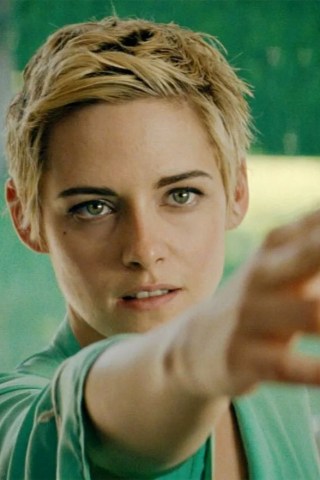 ‘Watchmen’ & ‘Schitt’s Creek’ Win Multiple Awards
You Give us your email Address we'll give you even more howard!