VIDEO: Jason Kaplan Celebrates Birthday With Vegetables … But Can Robin Guess How Old He Turned?

“My freezer is nothing but broccoli and cauliflower,” the dieting staffer tells Howard

It was another trip around the sun for Stern Show staffer Jason Kaplan on Monday, which prompted co-host Robin Quivers to guess his age. “Jason is very youthful looking except for the gray in his beard, I’m going to say 45,” she speculated.

“I thought you were 58,” Howard teased upon learning he actually turned 42.

Having reported last month that he joined Nutrisystem with a goal of losing 100 pounds, Jason delivered an update on his progress. “It’s still fucking going,” he said of his diet before opening up about what he ate during the Super Bowl. “I had cauliflower nachos with nonfat cheese … my freezer is nothing but broccoli and cauliflower.”

Down 13 pounds so far, Jason went on to joke about certain hacks he’s picked up along the way. “Last week I weighed myself and I wasn’t happy with the results and I took a dump and it was like a solid half-pound lighter,” the staffer said with a laugh. 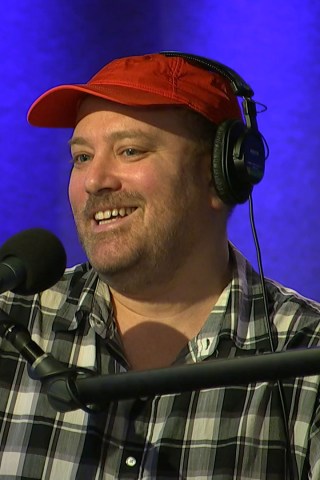 Benjy Does Push-Ups While JD Rates His Performance 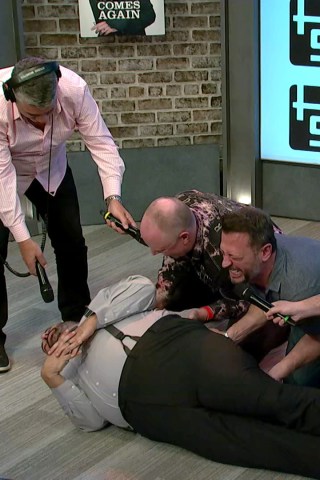 Richard & Sal Try to Roll Their Co-Worker Over
You Give us your email Address we'll give you even more howard!