Howard’s musical expertise is often called upon by Stern Show fans and Wednesday was no exception. When a caller asserted that “Satisfaction” by the Rolling Stones contains the greatest guitar riff of all time, Howard disagreed. “It’s a great riff, but it’s not the greatest … I can name to you I think five greater riffs,” he said matter-of-factly before rattling off Jethro Tull’s “Aqualung.”

Also naming AC/DC’s “Back in Black,” Guns N’ Roses’ “Sweet Child O’ Mine,” Dire Straits’ “Money for Nothing,” and ZZ Top’s “La Grange” as superior, Howard had staffer and noted guitarist Steve Nowicki play and chime in with some of his own ideas. “The Foo Fighters are always overlooked, like this is one of the best riffs,” he said before ripping into “Everlong.” “You can’t forget Leslie West, too.”

When Fred Norris fed back with some of his thoughts, he was asked to compare his own axe-playing prowess with Steve’s. “He’s different, he’s of the younger generation,” he noted. “He’s good, he’s great.”

Unsurprisingly, Steve demonstrated one more entry and it belonged to Eddie Van Halen. “More of a lick than a riff,” he announced before playing out with Van Halen’s “Eruption.” 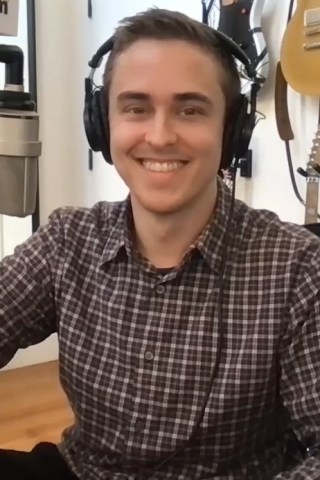 Steve Nowicki Made EVH Equipment Replicas
You Give us your email Address we'll give you even more howard!