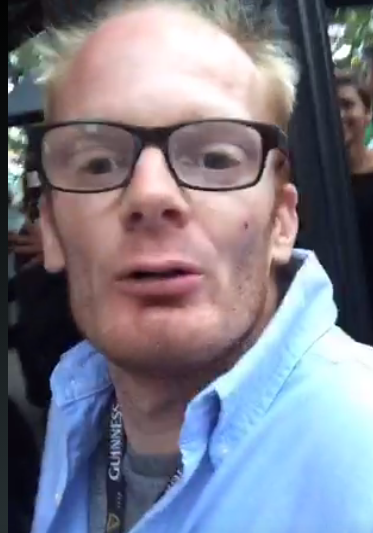 Once he got Mariann off the phone, Howard decided to get it all over with at once and answer a call from Bobo. Forgoing a “hello,” Howard simply told Bobo: “Your Periscope is the worst.”

Jeff the Drunk meanwhile had a big problem on his Periscope when local police showed up at his trailer. Apparently someone made a fake call reporting that Jeff had overdosed and was passed out, which launched him into a profanity-laced tirade. “What the f-ck, man? Sending cops to my house? That’s f-cked up!”

Shuli came in to report that he had asked all of the Wack Packers for a confession to give to the pope. Jeff made an unsettling claim that he killed a man, but reassured Howard that it was just a joke.

In other exciting news, Medicated Pete has seemingly joined the Periscope party with an absurd live stream from the public library where he could only whisper. Interestingly enough, he sounds more normal that way. The best part though is that the librarian kept coming to quiet him down and ultimately told him that he had to stop. And while Pete tried to comply, his OCD kicked in and he said about a hundred goodbyes, prolonging it for some time later.

“Of all the Wack Pack, that could be the best of all time,” Jon Hein — who was tortured possibly most of all by Pete when he was an intern — chimed in.