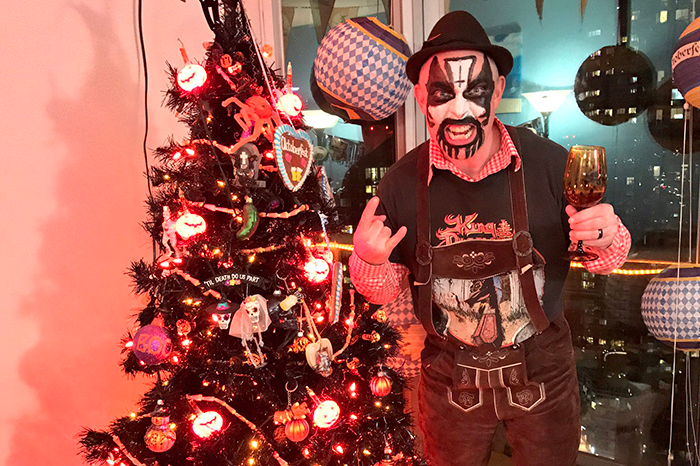 Howard noted Monday morning that Halloween enthusiast Richard Christy seemed to be toning down his holiday celebrations. “I think he’s maturing. I think he’s growing up” he said after realizing the staffer hadn’t gone upstate to get his makeup professionally done this year like he had previously.

Richard quickly made his way to the studio and assured everyone he hadn’t completely toned things down. He said he actually no longer went upstate after getting stranded up there one year and promising himself that he’d never let it happen again.

So, this year Richard painted his own face like Danish heavy metal musician King Diamond and wore his lederhosen from Oktoberfest in Germany.

And, in the midst of consuming large quantities of pumpkin beer, watching as many scary movies as he could get his hands on, and experiencing the frights of some of the best haunted events, Richard also found some time for a special Halloween double date with JD Harmeyer and his girlfriend.

The Christy clan met JD and his lady friend at the Cathedral of St. John the Divine, which screens “The Cabinet of Dr. Caligari” each year and hosts a special spooky event.

“Then they did this thing called the Procession of the Ghouls where all these monsters walk down the aisle of the church,” Richard recounted. “It was awesome.” 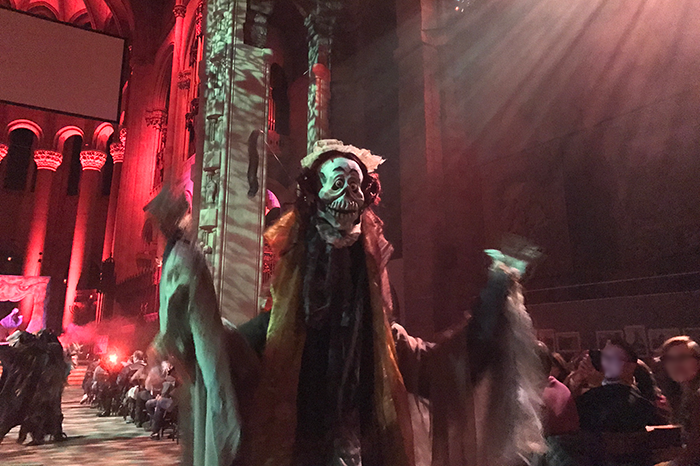 According to JD, Richard thought it was more than just “awesome,” as he demanded to have an aisle seat in order to take a bunch of photos from the event. 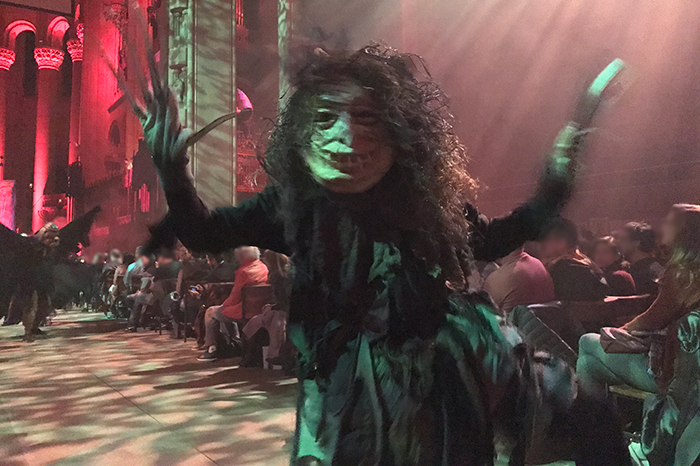 After Howard wondered where these photos were even going, Richard admitted he wasn’t a huge social media guy. “I have [them] for my personal pleasure,” he said.