Robert Pattinson on Nearly Being Fired From ‘Twilight,’ His Current Love Life, and Stealing as a Kid 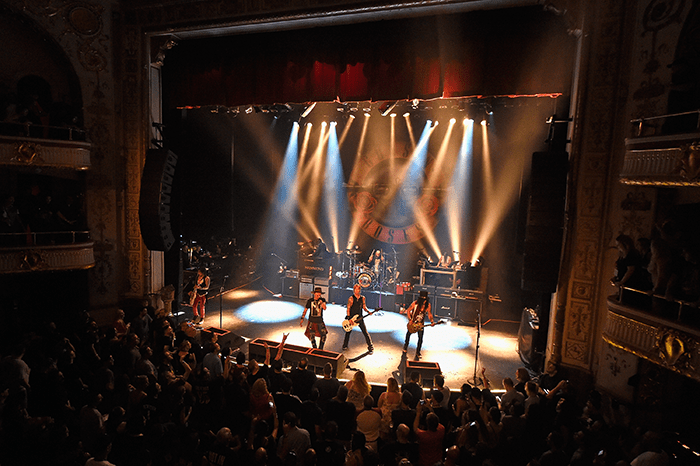 Kicking things off with “It’s So Easy,” the band ran through a set that included everything from their greatest hits to a cover of “Black Hole Sun” in tribute to the late Chris Cornell to a “Godfather”-inspired guitar solo by Slash.

A musician himself, Richard couldn’t help but headbang along with the music all night long, if not a little too hard. “During ‘Rock Queen’ I went nuts,” he admitted. “I didn’t have to bang as hard when I had hair because it would whip around. Now nothing whips around,” the bald staffer added. As a result, he’s been nursing a stiff neck in the days since the GNR concert.

Luckily for those seated near him, Richard opted to go diaper-less for the show as well, something he might be doing more of in the future. “I’ve learned that a diaper will only hold, like, one pee and then it starts to leak,” he explained to a shocked Robin.

“An adult diaper, I think, is mostly made for a little bit of leakage, not, you know, seven beers worth,” Richard said.

Howard wondered if Richard hit that seven-beer mark during the course of the concert and while he didn’t put a number to it, Richard did confess to “double-fisting it a little bit” … and singing along to quite a few of the songs.

He wasn’t the only one getting into the music, however, as the entire mezzanine was shaking from the combination of music and fans rocking out.

If you missed Guns N’ Roses at the Apollo, be sure to catch them on the “Not in This Lifetime…” world tour.