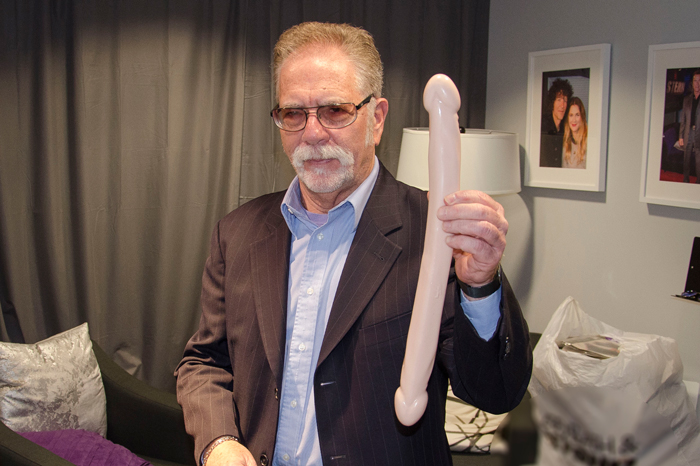 How big will Ronnie “the Limo Driver” Mund go?

He’s already been penetrated with a nearly foot-long vibrator, but on Monday’s Stern Show Ronnie showed off his new 18-inch, double-sided sex toy that can not only satisfy him, it can simultaneously satisfy his fiancée Stephanie. Since both ends of this device are designed for insertion, Ronnie’s next sex toy review could include his future wife’s opinions, as well. Stephanie is due to sit down with Howard during Tuesday’s special Stern Show, but the world will have to wait for the adventurous twosome’s sex toy assessment since she won’t be home on time tonight to try it out ahead of tomorrow’s interview.

Before Ronnie and Stephanie can try this toy out, though, the couple will have to figure out the configuration their bodies need to be in. To that end, the Stern Show staff offered a few differing opinions. 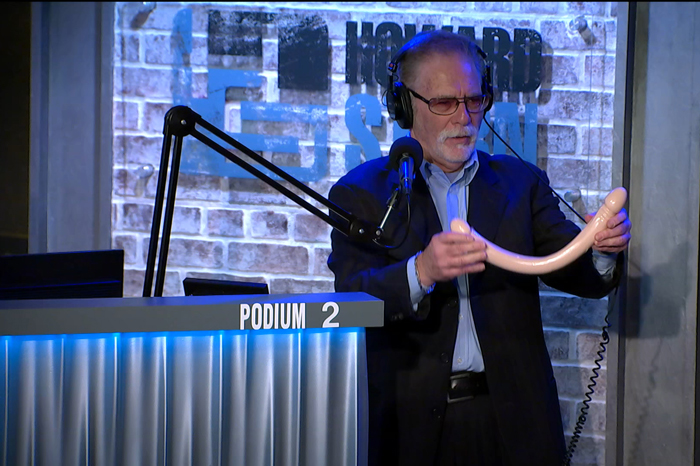 “How do you use something like that? Like, what position are you in?” Howard asked on Monday.

“I don’t know. I gotta see what the deal is,” Ronnie replied. He suspects he might have to be on his back and Stephanie might be positioned on top of him. Stern Show staffer Sal Governale disagreed, however, and offered how he envisioned the toy being used.

No matter how they entangle themselves, Ronnie is just looking forward to trying his new toy out. He told Howard he’ll most likely give it a whirl this weekend.

“What happened to this man?” Sal said with a laugh. “He’s holding a double dong in his hand and he can’t wait to shove it up his ass.” 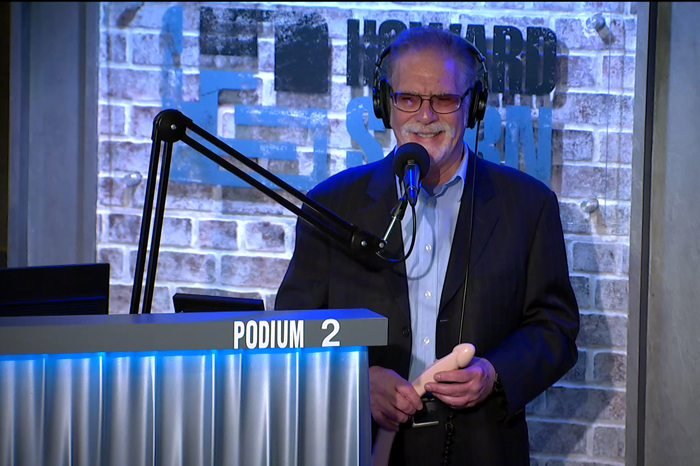 Howard wanted to know if anyone else on his staff had ever experimented like Ronnie. Only one person was brave enough to enter the Stern Show studio — staffer Steve Nowicki. He admitted to sticking his own finger inside of himself as a teenager.

“I was about 19 and I just wanted to try it out,” Steve told Howard. “I took my pinky and I stuck it in and it didn’t really feel that good.” 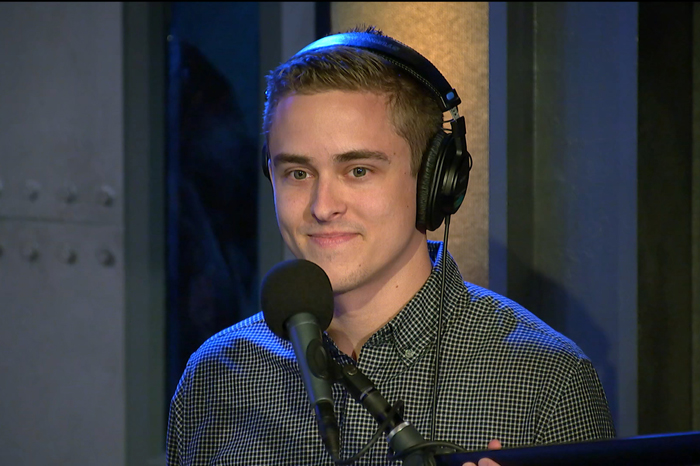 What’s worse, the smell didn’t leave his digit for days. Steve hasn’t explored down there any further but he did give a quick update on his love life which remains very, very active. The young Stern Show staffer has been having regular hookups with a few good-looking girls, all of who are fans of his skills in the bedroom. After bragging about his sexual stamina to one girl he was with recently, Steve said she requested he not stop making love to her for several minutes.

“I got very out of breath,” Steve admitted. “I looked in the mirror, my face was all red and puffy.”

He also just had his first experience with a black woman, which he described as being “awesome.”