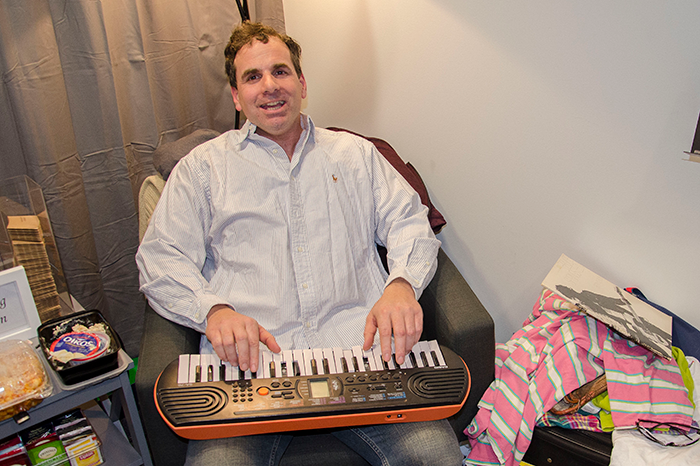 Sour Shoes has been unusually quiet since the summer leading Howard to wonder on Tuesday if the Wack Packer’s parents had once again taken away his phone privileges.

In contrast to the barrage of calls he has been known to make, Sour has lately only been leaving one-off voicemails and popping up on other radio shows in character as Gary Dell’Abate.

One staffer who had lunch with Sour recently reported the talented impressionist blamed downed power lines for his radio silence, but the details didn’t seem to quite add up.

“He left a voicemail last weekend, but he didn’t say anything,” Howard added. “He just made different sounds over music.”

Shuli Egar also received a call from Sour recently. “He called me on three-way … with a telemarketer on the phone. And he was pranking the telemarketer,” he explained. “And at one point the man with a heavy Indian accent just started yelling at Sour, ‘You suck my dick! You suck my dick!’ And that’s the last I heard from him.”

In April, Jon Hein and Gary Dell’Abate received a rare phone call from Sour Shoes out of character on the Wrap Up Show as his “real” personality offering serious insight about Ronnie Mund’s relationship with his fiancée Stephanie.

“We had no idea why he was being so normal,” Gary told Howard.

Normal is relative, though, as Sour typically reverts to his baby voice when not in character as anyone else. “His real personality is the creepiest character he does,” Howard said with a laugh.