Which Stern Show couple proved to know more about each other? 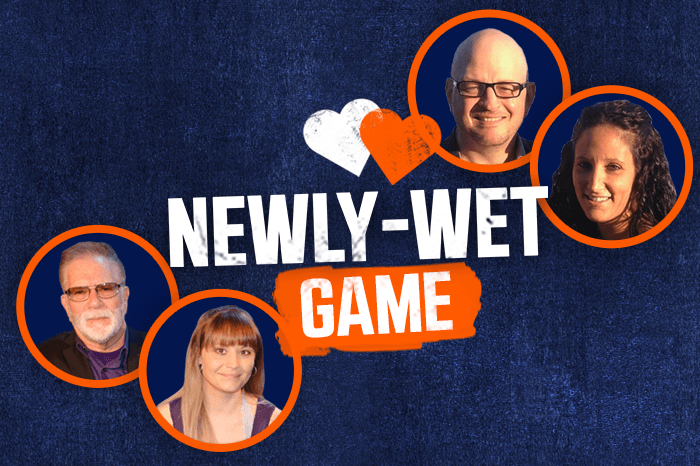 The Stern Show office was buzzing with anticipation as Howard welcomed Brent Hatley, Ronnie “the Limo Driver” Mund, and their better halves to the studio for the Newly-Wet Game Tuesday morning.

Though both couples seemed confident, only one could be crowned the winner and Howard got right down to business. First, Katelyn and Stephanie were sent into an isolation booth while Ronnie and Brent answered seven questions testing their relationship I.Q. Then the women were invited back to see how their answers stacked up.

“And remember gentleman, you are trying to match with your spouse,” Robin Quivers reminded the staffers before beginning the game.

When my wife cooks for us at home, I wish she would quit making …

Ronnie went first, but was at a bit of a loss from the start. “She doesn’t cook,” he finally settled on.

As for Mr. Hatley? “Bean burritos,” he told Howard.

Unfortunately for both gentlemen, neither answer matched up with their significant others’ as Stephanie guessed chicken and Katelyn said Brent would eat anything she made.

What was the last thing you two argued about?

Thinking back to his latest argument, Ronnie seemed more sure of his answer: “Putting up the Christmas lights,” he said.

Brent, meanwhile, recalled fighting with Katelyn about paying the doctor for her recent breast augmentation.

Yet again, both staffers struck out.

Stephanie was particularly incensed. “That was not the last argument, you asshole!” she exclaimed upon hearing her fiancé’s answer. “We had a little mini argument about a stripper at the strip club because he didn’t like her and I thought it would turn him on getting a lap dance. Because he didn’t like the stripper, it didn’t turn him on, so it kind of messed up sex that night.”

Katelyn, conversely, couldn’t think of a recent dispute and took a guess. “Maybe on what we were going to do in New Orleans and how many edibles we should take?”

What is your partner’s biggest turn-on?

Both Ronnie and Brent proved they had little trouble in the ego department with near-identical answers to the third question: “Me” and “me in any sexual situation” respectively.

Neither was right, though.

Stephanie said she liked when Ronnie rubs her butt and Katelyn revealed her turn-on was when Brent wakes her up by going down on her.

What would your partner say is the most irritating thing about you?

Forging ahead with not a single point on the board, Brent confidently told Howard he annoyed Katelyn by practicing some of his Stern Show bits at home. Ronnie, on the other hand, thought he annoyed Stephanie by not listening. 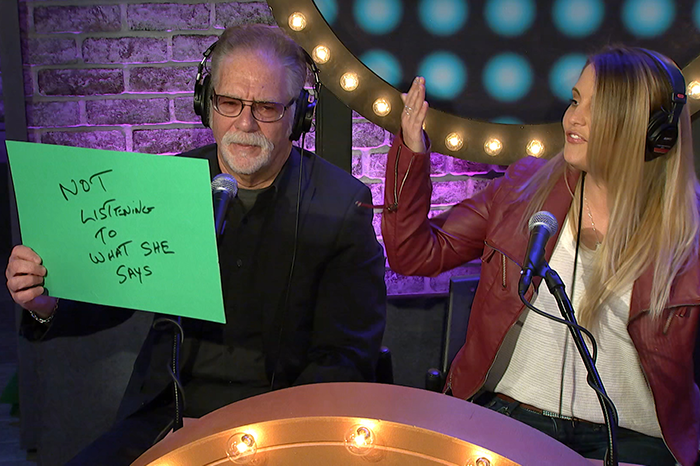 Once more, the two were proven incorrect.

“His sneeze,” Katelyn told Howard of Brent’s loud habit. “When he sneezes, it’s like a foghorn went off and it’s on purpose.”

Stephanie said she gets irked when Ronnie goes to bed without telling her.

“The score right now is zero-zero,” Robin noted with a laugh.

Who would you say your man is most annoyed by on the Stern Show staff?

It came as no surprise to listeners when Ronnie singled out Chris Wilding and Brent chose Memet Walker as the co-workers who annoyed them most on staff, but was it a surprise for their spouses?

Unfortunately for Ronnie, Stephanie admitted she couldn’t pick out one staffer from the sea of complaints she’s heard at home and took a guess with Memet. 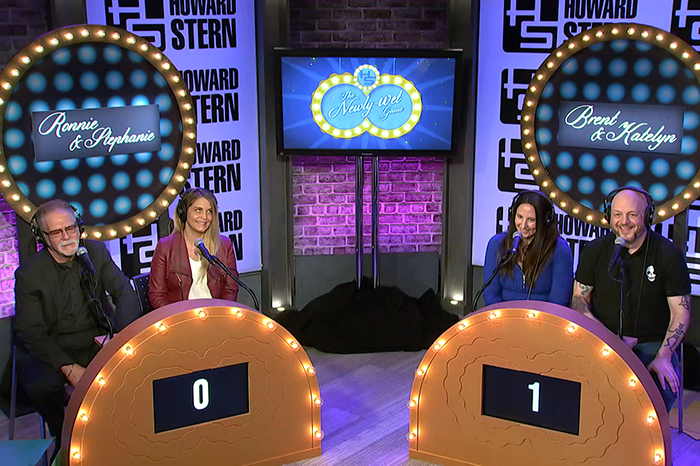 The incorrect answer left Mrs. Hatley with the opportunity to finally take the lead and she did just that, correctly answering Memet as the co-worker who annoys her husband the most.

What would your partner say is your most attractive feature?

Looking to even out the points, Ronnie guessed Stephanie would call out his butt as his most attractive feature.

Brent was under the impression his calves caught the attention of his wife.

“I need to think what he thinks is his most attractive feature,” Stephanie contemplated. “I really want to say his chest.”

As for Katelyn? Brent’s blues eyes caught her adoration.

What is the last thing your partner put in your ass? 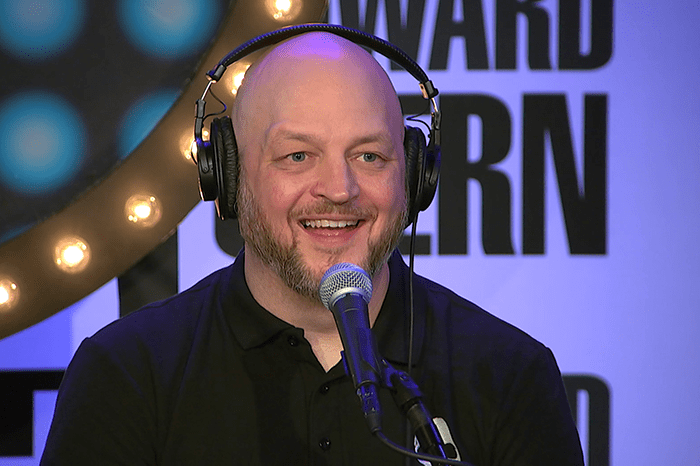 “It wasn’t an ass-whipping,” Robin remarked.