JD Harmeyer Once Again Lists Every TV Show, Movie, and Video Game He Watched and Played in One Year

“Brent was pretty big, too. He wasn’t shriveling up,” Richard says after his latest on-air stunt 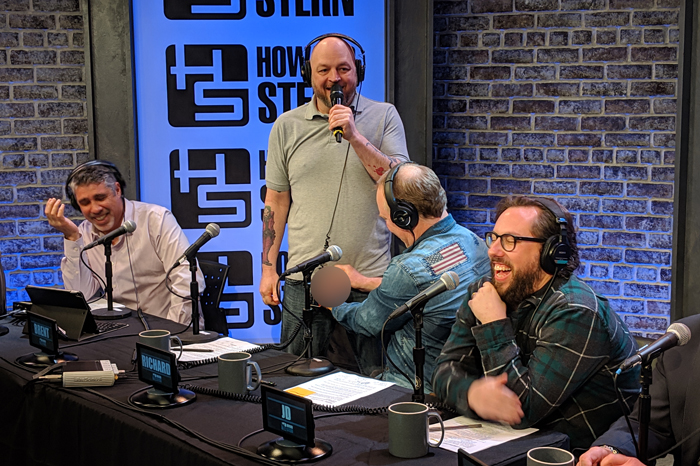 With some of the Stern Show staff gathered in the studio on Wednesday, Howard made an attempt to clean out the computer and play all the material he hasn’t had time to get to yet. And while he did play a few clips of crazed sports coaches and some audio from the “Boomer and Gio” show, the main attraction quickly become what Richard Christy was willing to do to his co-worker, Brent Hatley.

Last month Brent’s wife and Newly-Wet teammate Katelyn Hatley underwent breast augmentation surgery and the results turned out so well, she might even want to come back to the studio and let a select few feel her new implants for themselves. However, Richard quickly made it clear he wanted to grab hold of something else.

Even though Richard has plenty of previous experience touching penises (and having his penis touched) on the Stern Show, Brent thought for sure he was bluffing on Wednesday morning.

“I don’t think he’ll do it,” he told Howard. “I’ve gotten super small in my pants since this discussion went on.” 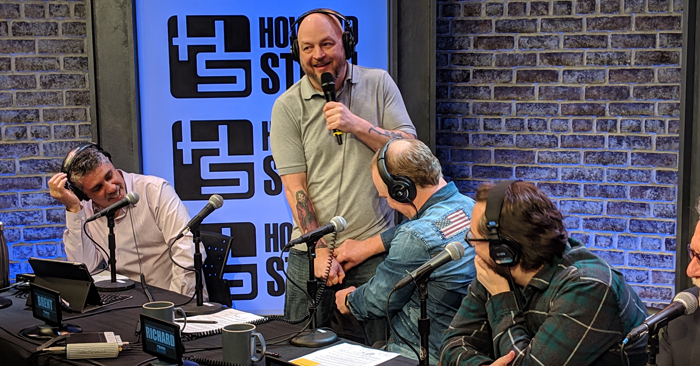 With Brent’s zipper open and his manhood out, Richard proved he’s willing to do just about anything for a funny bit. “Hello, I’m Brent’s cock,” Richard said while working Brent’s penis like a puppet.

“That is my third co-worker whose dick I’ve seen,” executive producer Gary Dell’Abate said with a laugh.

With the show over, Howard told Richard to leave the studio and wash his hands. But on his way out, Richard revealed he was impressed with his co-worker’s size.

“Brent was pretty big, too. He wasn’t shriveling up,” he told everyone.