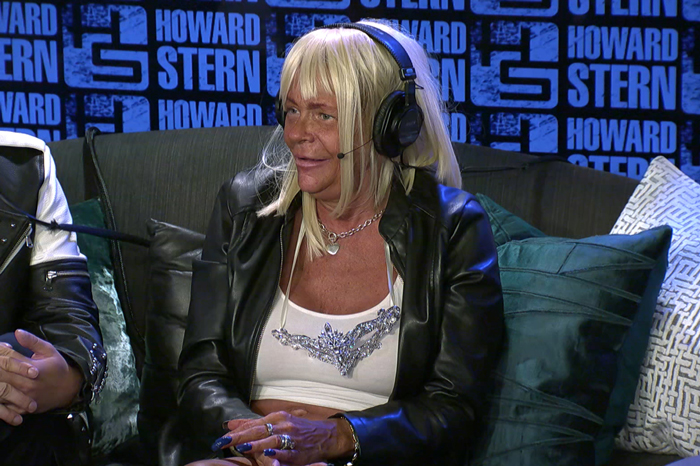 Patricia “Tan Mom” Krentcil called Howard live on the Stern Show Monday morning for the first time since being hospitalized due to complications from pneumonia.

“This is the scariest thing I’ve ever been through,” she described. “I was in a coma, literally, for two weeks. My body completely went into a state of shock.”

Much has been written in the press about Tan Mom’s condition after comments were made by her family, her music producer Adam Barta, and even an anonymous source, so Howard wanted to know who really spoke for the Wack Packer in the event of her incapacitation.

“I speak for myself,” she asserted.

After weeks of recovery Tan Mom reported she was feeling much better and admitted the experience is even leading her to make a major life change — she won’t be smoking cigarettes any longer.

Moreover, when Howard inquired about whether she saw any signs of an afterlife during her health scare, Tan Mom revealed she did, in fact, have a few memories from her time in a coma. “I saw a lot of shopping malls and beaches … it was perfect.”

Though she has another few days in the hospital, Patricia’s fans were happy to learn things are looking up for her. She has a new song called “Money Maka” and will be ready to debut the music video soon.

“I guess Tan Mom’s back one more time … that song really is true,” Howard offered optimistically, referencing a line from her hit song “Free 2 Be Me.”

“I’m so grateful to be back,” Patricia replied.