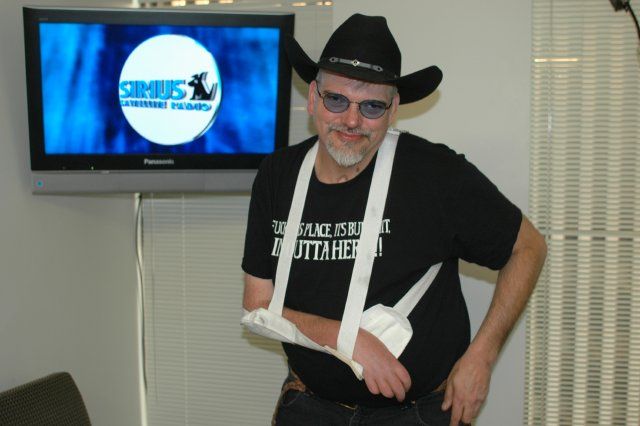 No matter how much he cooks it, Jason Kaplan might be risking death if he goes through with eating Jeff the Drunk’s arm. In June, the Stern Show staffer agreed to take a taste if the Wack Packer ever amputates his nonworking limb. This week, NPR shared the story of the Fore people, a tribe that inhabits the highlands of Papua New Guinea. In the 1950s, researchers made a shocking discovery about the villagers: they were eating each other, and then dying.

When a member of the Fore tribe passed away, it was customary for the women to cook the corpse and eat it as an act of love and grief. They believed that if they buried the body, it would be eaten by worms or maggots, so it was better to have their loved ones consume them. The female Fore would remove the brain, mix in some fern leaves, and cook the concoction in bamboo tubes. Everything was fire-roasted and eaten except the gallbladder, according to researchers who witnessed the feast firsthand. But they also witnessed what happened to them after eating the bodies.

An epidemic referred to as “laughing death” started killing off the women and children of the Fore – they were the ones eating the human meat. They called the disease “kuru,” which caused victims to lose control of their bodies and emotions before they died. Kuru is not a bacterial or viral disease, though. It’s a mysterious process where one protein twists and tricks other proteins in the brain to do the same, thereby destroying the brain’s cerebellum. Researchers likened kuru to the transformation of Dr. Jekyll into Mr. Hyde.

Eventually, the Fore people put an end to their cannibalism, but the disease lived on for years. One medical researcher tracked kuru for decades and found that the last person to die from it was in 2009 – more than half a century after the Fore stopped eating humans.

Click here to read more about the Fore people (especially if you’re Jason Kaplan or considering eating your dead relatives).