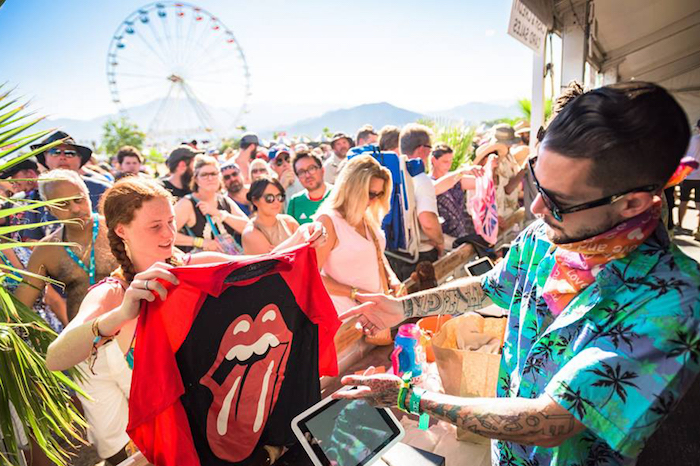 “Desert Trip is perhaps the first rock festival to successfully appeal to four generations of music fans: Boomers, Gen Xers, Millennials. and whatever we’re going to call the next generation who’s just entering middle school,” wrote the Times’ Lorraine Ali, explaining how the once-in-a-lifetime nature of the lineup seemed to attract a wide-ranging audience.

“On the Empire Polo Club field where the festival took place, elderly couples in visors and with fanny packs shared the same bleacher benches with Millennials dressed like Boomers in their youth — fringe, tie dye and flowered-hair garlands,” Ali recounted. “An audience member in his early teens played a video game on his phone as he and his father, a middle-aged man in a Stones T-shirt, waited for McCartney to appear.”

A moment highlighting the generational potpourri, according to Ali, was during McCartney’s Saturday set, when Rihanna made a surprise guest appearance to sing with Paul on their collaborative hit, “FourFiveSeconds.” Half the audience reportedly cheered in recognition, while the other half may not have been Rihanna’s target demographic.